Next Shoe to Drop: Wooden? 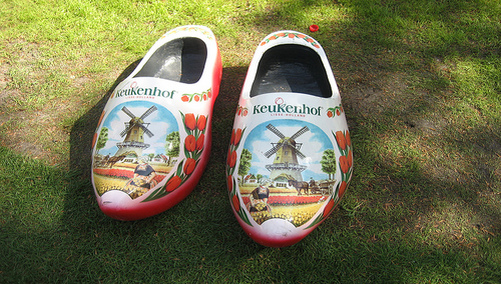 With the mortgage crisis in full swing, you never quite know what will happen next, especially as the situation continues to threaten markets worldwide.

That brings us to one of the latest victims of the credit crunch, a familiar name in an unfamiliar place.

GMAC Mortgage and Atlas Funding, both subsidiaries of GMAC’s finance unit ResCap, announced that because of ongoing problems in the credit markets, they would be suspending loan origination in the Netherlands indefinitely.

“GMAC Mortgage and Atlas Funding can reconsider this decision if market conditions improve in the future,” the companies said in a statement, obtained by Reuters.

It is believed that recent troubles in the mortgage securities department forced the company to make the decision, as the unit could no longer securitize its mortgage loans.

Per the Dutch paper Financieele Dagblad (which I’ve translated with Google), the companies halted the issuing of new mortgages on Monday after aggressively building up a 4 percent market share in the country.

The paper said the mortgage lenders provided loans to 50,000 Dutch homeowners and would continue to service existing mortgages despite the halt in new production.

ResCap has seen its share of problems over the last year and change, recording a $4.35 billion loss for all of 2007 while cutting 3,000 jobs, or roughly 25 percent of its workforce.

Last month, parent GMAC said it had no plans to inject additional capital into ResCap and was actively pursuing strategic alternatives for the money-losing unit, including a possible sale of all or parts of the unit.