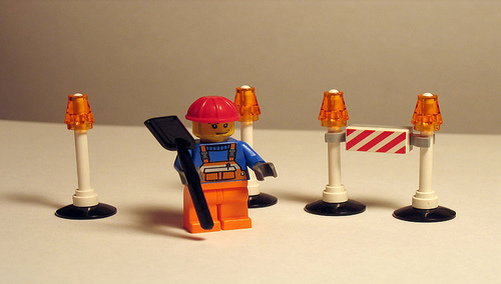 Both the Office of Federal Housing Enterprise Oversight and the Treasury urged Congress today to consider GSE reform with the increase in the conforming loan limit looming.

“OFHEO believes any increase in the CLL should be coupled with quick enactment of comprehensive GSE reform,” OFHEO director James Lockhart said. “The CLL provision in the stimulus package would increase the Enterprises risks by allowing them to enter the “jumbo” loan market.”

“The key question is whether Fannie Mae and Freddie Mac will be able to continue to support the conforming mortgage market in a safe and sound manner while assuming additional responsibilities in the subprime and jumbo markets.”

Lockhart noted that Fannie and Freddie would be supporting some of the riskiest real estate markets in the nation, such as California where nearly half of the jumbo loans are originated.

He also mentioned that capital would be challenged with larger loan sizes, and varying loan limits nationwide would call for “additional operational challenges.”

Meanwhile, Assistant Treasury Secretary David Nason told the Senate Banking Committee to create a new federal regulator for Fannie and Freddie that has the authority to review all the risks involved.

“The housing GSEs’ regulators have neither the tools, nor the resources, to deal effectively with the current size, complexity, and overall importance of these enterprises,” Nason said.

“The new housing GSE regulatory agency must be provided (with) specific review authority over the retained mortgage portfolios of Fannie Mae and Freddie Mac.”

“Such authority must establish a clear and transparent process based on guidance from the Congress on how the new regulatory agency will evaluate the retained mortgage portfolios in terms of risk and consistency with mission,” he added.

Nason noted the importance of such a role, as the GSEs have become the key support of the mortgage industry and the only reliable source of funding for home loans.

“It is paramount that the housing GSEs properly manage and supervise the risks they undertake and that a strong regulator oversee their operations,” he said. “Otherwise their solvency could be threatened and this could have a negative impact on the stability of other financial institutions and the overall strength of our economy.”

Meanwhile, Senator Dodd said he wants the GSEs to play an active role in the subprime market, using its 30% capital surplus to buy and restructure subprime loans to help stem a rise in foreclosures.

“We need to get down to the hard work of crafting a balanced bill that will create the kind of regulator we all agree is needed,” Dodd said.

“I believe the GSEs need to do more to help subprime borrowers get out of their abusive subprime loans and into safer, more affordable and stable products,” he said.