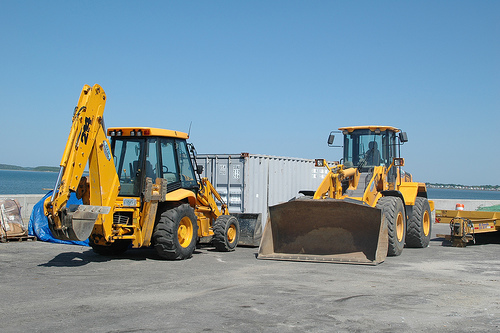 The so-called “Blueprint for a Modernized Financial Regulatory Structure” proposes a series of sweeping changes, including “short term” and “intermediate term” recommendations to improve and reform the U.S. regulatory structure.

“The current regulatory framework for financial institutions is based on a structure that has been largely knit together over the past 75 years,” Paulson said in a statement. “It has evolved in an accretive way in response to problems without any real focus on overall mission.”

Immediate recommendations include modernization of the President’s Working Group to better facilitate inter-agency communication, as well as the expansion of the membership to include the OCC, OTS, and FDIC.

Additionally, Paulson suggested that liquidity provisioning by the Federal Reserve to non-depository banks via the discount window be “calibrated and transparent”.

“The disruptions in credit markets in 2007 and 2008 have required the Federal Reserve to address some of the fundamental issues associated with the discount window and the overall provision of liquidity to the financial system.”

In regard to mortgage, Paulson noted that the ongoing mortgage crisis has revealed the need for improved regulation and oversight of the mortgage industry.

“The high levels of delinquencies, defaults, and foreclosures among subprime borrowers in 2007 and 2008 have highlighted gaps in the U.S. oversight system for mortgage origination.”

“In recent years mortgage brokers and lenders with no federal supervision originated a substantial portion of all mortgages and over 50 percent of subprime mortgages in the United States. These mortgage originators are subject to uneven degrees of state level oversight (and in some cases limited or no oversight).”

This would include personal conduct and disciplinary history, educational requirements, testing procedures, and license revocation standards.

The Treasury also recommended that the Federal Reserve continue to write mortgage lending laws like the Truth in Lending Act and that such laws should be “clarified and enhanced” to better govern mortgage transactions by independent mortgage originators.

Longer-term solutions include a transition from the Thrift Charter to a national bank charter, the merging of the OTS and the OCC, the creation of a federal charter for payment and settlement systems and an optional Federal Charter for Insurance, and the merging of the SEC and Commodity Futures Trading Commission.

“This will not be a small or easy effort — transformative efforts rarely are. But this is a subject we must debate, and ultimately address, for our long-term economic growth and prosperity,” Paulson said in a statement on his website.