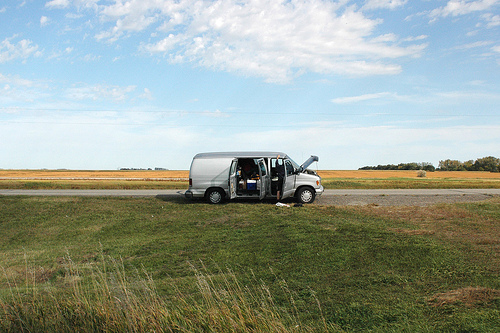 GMAC recorded a profit of $1 billion in the same period a year ago and $2.13 billion for all of 2006, before the housing crisis took center stage.

For all of 2007, Detroit-based GMAC lost $2.33 billion, thanks to a $4.35 billion loss at ResCap, the second-largest independent U.S. mortgage lender after Countrywide Financial.

Losses at the mortgage unit were tied to the usual issues, higher loan loss provisions, writedowns tied to the value of mortgage securities, and fewer loan originations and funded loans.

In fact, ResCap made only $15.5 billion in loans domestically during the fourth quarter, down from $41.2 billion during the same period a year earlier.

And for all of 2007, ResCap made just $94 billion in loans, down from $161.6 billion in 2006, making it the eighth-largest mortgage originator according to a preliminary count by Inside Mortgage Finance.

After the earnings release, Moody’s downgraded both GMAC and ResCap due to liquidity concerns and the uncertainty surrounding the mortgage unit’s future.

GMAC debt was downgraded one notch to “B1,” its fourth-highest “junk” grade, from “Ba3,” and ResCap’s debt was lowered two notches to “B2” from “Ba3,” with a “negative” outlook.

Chief Financial Officer Robert Hull said there may be more job cuts at ResCap this year, but noted that the “largest part” of the layoffs were already accounted for.

During the conference call, the company said it has no plan to inject additional capital into ResCap, and is actively pursuing strategic alternatives for the money-losing unit, including a possible sale of all or part of the unit.

Despite the loss, GMAC expects to return to profitability in 2008.