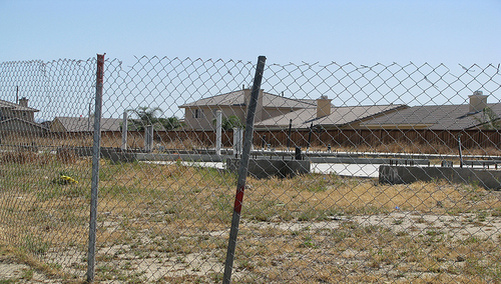 Mortgage financer Fannie Mae reported a first quarter net loss of $23.2 billion last week, compared with a loss of $25.2 billion in the fourth quarter and $2.2 billion a year ago.

As a result, the government-sponsored entity has requested another $19 billion in capital from the Treasury to eliminate its net worth deficit; Fannie received its first investment ($15.2 billion) from the Treasury under the senior preferred stock purchase agreement on March 31.

As of the end of last year, Fannie Mae accounted for $3.1 trillion, or approximately 26% of total U.S. residential mortgage debt outstanding.

Below are select snippets pulled from their latest report:

“As of December 31, 2008, the latest date for which information was available, the amount of U.S. residential mortgage debt outstanding was estimated by the Federal Reserve to be approximately $11.9 trillion, including $11.0 trillion of single-family mortgages. Total U.S. residential mortgage debt outstanding decreased by 0.3% in 2008, compared with an increase of 7.0% in 2007 and 10.9% in 2006.”

“We expect growth in residential mortgage debt outstanding to be flat in 2009.”

“Our estimated market share of new single-family mortgage-related securities issuances was 44.2% for the first quarter of 2009, compared with 41.7% for the fourth quarter of 2008.”

“Approximately 73% of first quarter 2009 mortgage originations were refinancings, compared with 63% in the first quarter of 2008.”

“We expect the current financial market crisis to continue through 2009. We expect further home price declines and rising default and severity rates, all of which may worsen if unemployment rates continue to increase and if the U.S. continues to experience a broad-based recession.”

“We continue to expect the level of foreclosures and single-family delinquency rates to increase further in 2009, as well as the level of multifamily defaults and loss severities.”

“Certain higher risk loan categories, including Alt-A loans, interest-only loans, loans to borrowers with low credit scores and loans with high loan-to-value ratios, represented approximately 27% and 29% of our single-family conventional mortgage credit book of business as of March 31, 2009 and 2008, respectively, but accounted for approximately 65% and 66% of our single-family credit losses for the first quarter of 2009 and 2008, respectively.”

“We also are beginning to experience some deterioration in the credit performance of loans in our single-family guaranty book of business with lower risk characteristics, reflecting the adverse impact of the sharp rise in unemployment and the continued decline in home prices.”

“The actual number of unsold homes in inventory has begun to decline in recent months, but the supply of homes as measured by the inventory/sales ratio remains high since the pace of sales has slowed in recent months in response to rising unemployment.”

“We expect that we will not operate profitably for the foreseeable future.”

previousBair: Loan Mod Success Dependent on Direction of Economy
nextHomebuyer Tax Credit Can Now Be Used as Down Payment