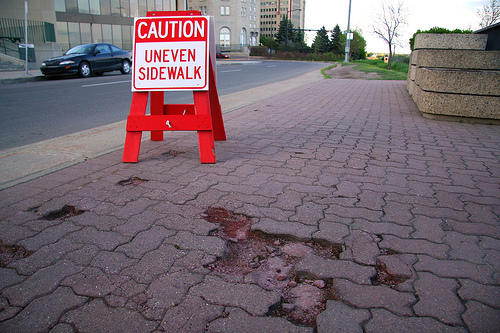 The group noted that many of the programs reward those who made the riskiest decisions while hurting those who were more conservative and bought only what they could afford.

For example, the American Securitization Forum’s Framework for Loan Modification plan, which freezes the teaser rate on subprime ARMs and refinances subprime borrowers into fixed loans, leaves those borrowers in a better position than those who originally chose fixed-rate loans, the study argued.

The idea here is that many of these borrowers made minimum payments on option-arms and other adjustable-rate mortgages that equated to lower monthly mortgage payments than those made by fixed-rate borrowers, allowing them to take out larger loans in the process and subsequently qualify for aid when they failed to make the higher reset payments.

The paper also cites a variance in state foreclosure rates driven by “exogenous economic forces,” and not the loans or borrowers themselves.

It found that that prime loans are defaulting at the highest rate where subprime defaults are the worst, noting that aid programs exclude good borrowers “unlucky enough to live in the states that experienced the worst of the current economic downturn.”

“Current programs and proposals reward borrowers who took out risky subprime mortgages and who live in states where the economy has held up,” author Todd Sinai wrote. “They do nothing for borrowers who chose more prudent financing and/or those who have entered default.”

In relation to that, Sinai believes taxpayers in all 50 states will fund federally mandated programs that only benefit homeowners in a few states such as California, Florida, New York, and Texas.

“The exposure of subprime mortgage debt is not evenly distributed across the United States. Rather, it is concentrated in a handful of states,” Sinai wrote.

He added that the four aforementioned states hold 50 percent of the “outstanding stock of subprime mortgages,” with 25 percent held in California alone.

The study also took a crack at the impending conforming loan limit increase, claiming that it will only help households with annual incomes between $129,000 and $180,000 based on sheer loan size, doing little to help median and low income families.

“A truly equitable policy of homeowner assistance would not distinguish among borrowers based on a borrower’s choice of financing, and it would not interfere with preexisting mortgage contracts.”

Read the entire study, written by Todd Sinai, a real estate professor at the Wharton School at the University of Pennsylvania.