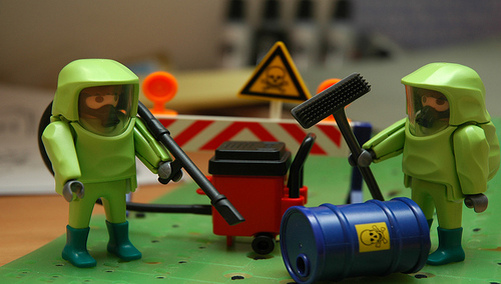 After addressing problems on a case-by-case basis over the past few weeks, such as the bailout of Fannie and Freddie and AIG, it became clear that a more systematic plan would be necessary to maintain market stability.

“The underlying weakness in our financial system today is the illiquid mortgage assets that have lost value as the housing correction has proceeded,” said Paulson in prepared remarks posted on the Treasury website. “These illiquid assets are choking off the flow of credit that is so vitally important to our economy.”

“When the financial system works as it should, money and capital flow to and from households and businesses to pay for home loans, school loans and investments that create jobs. As illiquid mortgage assets block the system, the clogging of our financial markets has the potential to have significant effects on our financial system and our economy.”

The so-called troubled asset relief program currently being mulled over aims to be the “ultimate taxpayer protection,” though it will involve a “significant investment” from taxpayer dollars.

“I am convinced that this bold approach will cost American families far less than the alternative – a continuing series of financial institution failures and frozen credit markets unable to fund economic expansion,” said Paulson.

While the new plan is being worked on over the weekend, Treasury is taking immediate steps to provide relief to the mortgage market.

First, Fannie and Freddie will boost their purchases of mortgage-backed securities, and second, Treasury will expand its MBS purchase program to increase available capital for new home loans.

Additionally, a temporary guaranty program for the U.S. money market mutual fund industry has been established and a ban on short selling is in place on 799 financial companies until October 2.

As for the millions of delinquent borrowers, banks receiving assistance may need to endorse judicial loan modifications and allow bankruptcy judges to facilitate refinances on primary residences in return.