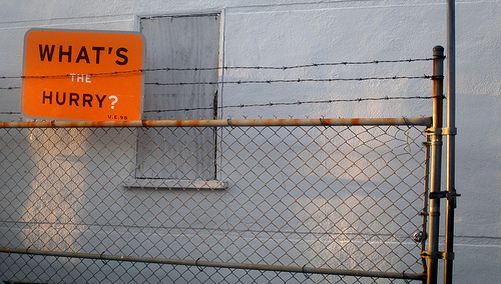 The government better get moving on that bailout, with the recent WaMu failure putting serious pressure on some of the nation’s largest banks.

National City saw its share fall as low as $2 in early trading today, a new all-time low for the struggling Cleveland, Ohio-based bank.

That led spokesman Kelly Wagner Amen to release a statement, claiming the bank is in a “much stronger position” than WaMu had been.

Of course, I remember hearing that exact same phrase from a WaMu spokesman shortly after Indymac collapsed, so I suppose only time will tell.

She added that National City has been actively cutting mortgage exposure, and that the bank has no exposure to option arms, the toxic loans WaMu had become somewhat famous for.

Additionally, she noted that WaMu’s option-arm portfolio alone exceeded that of its entire mortgage portfolio.

Meanwhile, Wachovia is working to shed its stable of option arms, many of which it acquired through a $25 billion deal with Golden West in 2006.

Through the deal, Wachovia picked up nearly $125 billion in option arms, and continued (amazingly) to sell the high-risk product until late June.

The Charlotte-based bank has now reportedly hired 10 companies to seek out option-arm borrowers and refinance them into fixed mortgages that adhere to Fannie, Freddie, or FHA loan standards.

And once the loans are of better quality, they can be sold off to other parties, boosting liquidity and reducing losses going forward.