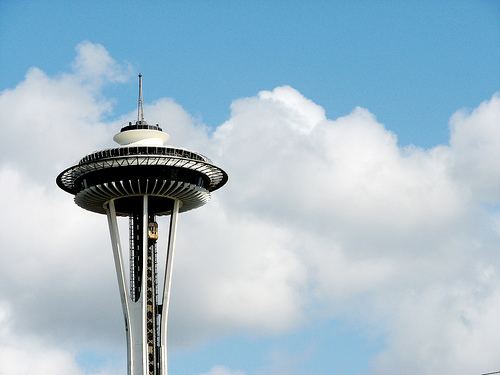 After sinking Friday, shares of Washington Mutual bounced back in a major way following a report from the Wall Street Journal claiming a significant capital infusion was in the works.

The Journal reported this morning that the Seattle-based thrift is close to a deal with private equity firm TPG that would provide the ailing national bank and mortgage lender with a much needed $5 billion investment.

The deal would help the nation’s largest savings and loan navigate through the mortgage crisis, but result in further dilution for shareholders who have already lost their hats over the last several months.

The terms of the deal aren’t clear, but the $5 billion investment is expected to be structured as a common and preferred stock offering that would land TPG with a “substantial minority holding” in WaMu.

TPG is also expected to get one seat on the company’s 14-member board and the move should eliminate the likelihood of a buyout from another large bank, perhaps quelling the possibility of a Chase WaMu merger.

At the same time, concerns remain if $5 billion will be enough to buoy the struggling thrift, with much of its mortgage holdings in hotbeds like California and Florida, markets that continue to face significant downward pressure.

Late last year, WaMu took a major step back in the home lending business, cutting 3,000 jobs and closing several sales and processing centers throughout the country.

The company also cut its dividend by 73 percent and offered $2.5 billion in convertible preferred stock in a bid to raise capital.

So far 2008 has been the year of the bailout, with Bear Stearns, Thornburg Mortgage, and Washington Mutual all requiring major assistance as mortgage losses continue to pile up.

The paper noted that the government was aware of the deal, but not directly involved, such as in the case of the Chase buyout of Bear Stearns.

In related news, Accredited Home Lenders said today that it will resume lending after receiving a $100 million capital infusion from its parent Lone Star funds.