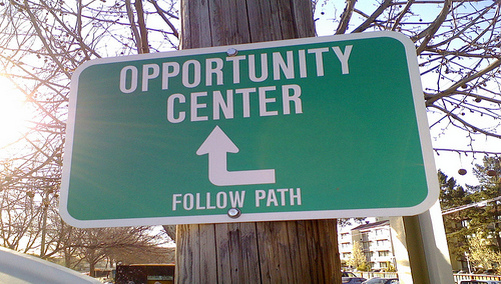 Wells Fargo CFO Howard Atkins said in an interview that the bank increased staff over the past couple of months to process its record haul of mortgage applications, which made it the top mortgage lender over Bank of America/Countrywide.

The company originated $101 billion in first mortgages during the first quarter, more than double the $50 billion in the fourth quarter and nearly half the $230 billion for all of 2008.

All those applications led to the best mortgage origination quarter since 2003, contributing to the company’s record $3.05 billion net income in the first quarter.

But what happens once mortgage rates rise and refinance dries up, pushing volume back to more historical levels?

Sure it’s great that the bank took on thousands looking for work, but it seems to be only temporary employment.

And it’s wonderful that they’re upping their fulfillment areas, but what about staff in the company’s loss mitigation department?

“We remain focused on proactively identifying problem credits, moving them to nonperforming status and recording the loss content in a timely manner,” said Chief Credit Officer Mike Loughlin in a release.

“We’ve increased and will continue to increase staffing in our workout and collection organizations to ensure these troubled borrowers receive the attention and help they need.”

I doubt they’ve hired many employees in their workout and collection units, as they seem pretty focused on bringing in all those new mortgages with the low mortgage rates.