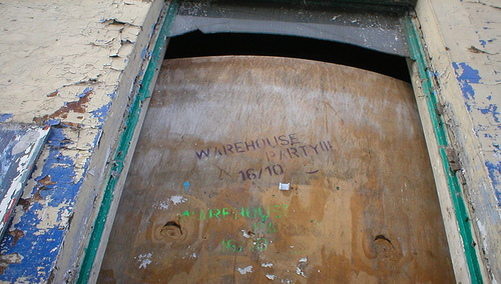 San Francisco-based bank and mortgage lender Wells Fargo is reportedly looking to venture into warehouse lending, according to Bloomberg.

The paper, which cited two people familiar with the matter, said the business would be based out of Atlanta, and headed by Kenneth Lognan, who was acquired via the Wachovia merger.

Back in February, Wells chief John Stumpf said the bank had been out of the warehouse game for at least five years, as the company’s risk appetite was too conservative for the market.

But things have changed in recent months; Wells Fargo was the top mortgage originator in January with $24 billion in first-mortgage loans, beating out rival Bank of America by roughly $1 billion.

Mortgage applications in January and February totaled $107 billion, close to the total during the fourth quarter total of $116 billion, which was up 158 percent from a quarter earlier.

The proposed move comes at a time when warehouse lending has all but dried up, with only $20 to $25 billion in available capacity, down from approximately $200 billion in 2007.

Warehouse lending provides short-term funding to smaller, independent mortgage bankers so they can compete with the likes of larger depository banks and lenders.

Yesterday, Colonial BancGroup Inc. received a $300 million investment from client Taylor, Bean, and Whitaker Mortgage Co., which along with other private investments, will make the large warehouse lender eligible for much needed TARP funds.

Last week, the MBA suggested that new risk-based capital weightings for warehouse lines of credit be slashed so they’re aligned with risks comparable to conventional loans and government-insured mortgage (FHA loan, VA loan) exposures to ease pressure on banks’ balance sheets, a major reason many have left the business.