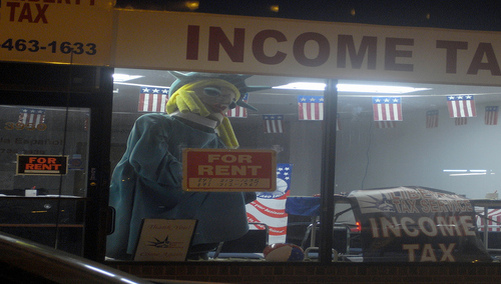 Mortgage fraud prevention company Rapid Reporting said today in a press release that the usage of its income verification product increased by 157 percent between January 2007 and last month as the industry continues to tighten its grip on loose lending practices.

The company noted that the surge in usage comes at a time when loan origination is down, indicating that both mortgage lenders and investors are stepping up efforts to reduce mortgage fraud and make higher quality loans.

“Our clients are using IncomeChek with much higher frequency–we’re definitely seeing higher per-client usage,” states Jay Meadows, CEO for Rapid Reporting. “Some of our clients, including most of our large lenders, have increased their use of IncomeChek almost two-fold.

“It’s not only lenders that are using income verification these days,” added Meadows. “Wall Street, secondary market investors and servicers are looking for explicit reassurance of loan quality as well.”

The IncomeChek program can pull income data directly from the IRS in as little as 24 hours, and for stated income loans it can confirm that tax filings are reported by a self employed individual and provide the social security number of the tax preparer.

Meadows noted that over 60 percent of mortgage fraud involves income or identity misrepresentation, and that law enforcement is becoming progressively more reluctant to take action if lenders fail to take the necessary precautions to protect themselves from fraud.

The FBI doesn’t seem interested in borrower fraud where applicants intend to actually pay the loan, as they’re more focused on fraud for profit schemes that they feel have a more adverse effect on the economy.

“Whether dealing with full doc or stated doc loans, lenders, investors and servicers have realized that it’s simply too risky to rely solely on income information provided by anyone other than a neutral third party.”