Loan Modifications Will Not Hurt Credit Scores (At the Moment) 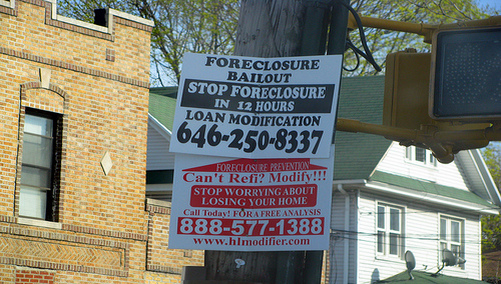 Going forward, government sponsored loan modifications will not adversely affect consumers’ credit scores, at least not immediately, according to a report in SF Gate.

Fair Isaac, now simply known as Fico, has applied the change on behalf of the U.S. Treasury Department so borrowers in need of a loan modification don’t hold back on fears of dented credit scores.

As of today, those who receive a loan modification via a government plan will see the phrase “loan modified under a federal government plan” (instead of “partial payment”) on their credit report next to the associated credit tradeline.

At this time, that distinction will neither hurt nor help consumers, but it could do so in the future.

Once Fico can document and predict consumer behavior for those with a government-sponsored loan mod, the data may be factored into credit scoring, potentially hurting those who elected to modify their mortgage.

Per the article, Fico doesn’t typically make changes to its scoring algorithm until it has collected data for at least a year, so we won’t know the real credit score impact for a good while.

Keep in mind that those already delinquent on a mortgage will receive the “appropriate level of delinquency,” and the new system will not simply bring the account current.

Those who already received a loan modification via a government program may be able to get the scoring change applied retroactively, but good luck working with creditors and the credit bureaus.

And there’s always the worry that a potential creditor will see that you’ve received a loan modification and deny your application for new credit, regardless of your intact credit score.