Only 36% of Buyers Can Afford a Home in California, Lowest Share Since 2008 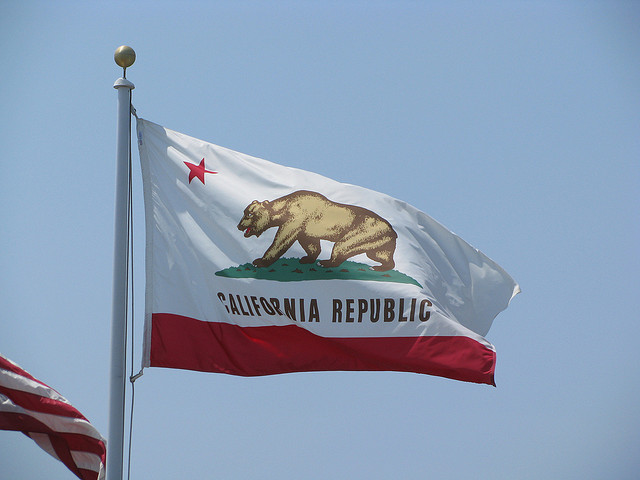 As I warned over the past few weeks, affordability is becoming a major issue for the overheated housing market.

And we’re finally beginning to see a few pieces of data that back up these concerns.

This morning, the California Association of Realtors released a troubling report about housing affordability in the Golden State.

During the first quarter, 44% could still afford to purchase a median-priced home, and a year ago that figure was a much healthier 51%.

The current reading marks the first time their Traditional Housing Affordability Index (HAI) has been below 40% since the third quarter of 2008, back when the housing crisis was in full swing after an intense run-up.

Affordability was lowest in San Francisco, with only 17% of would-be buyers actually able to afford a home purchase where the median was a hefty $902,420.

Conversely, 69% could afford to buy a home in once hard-hit San Bernardino County, where the median price was just $169,760 last quarter.

Making matters even worse is the fact that the data relies on much lower interest rates and home prices. Let me explain.

To come up with the affordability numbers, CAR assumed a prospective buyer would need to make $79,910 annually in order to purchase a $415,770 home.

With 20% down, the monthly housing payment is around $2,000, with taxes and insurance included, using an effective composite interest rate of 3.64%.

Unfortunately, the average rate on a 30-year fixed mortgage is now closer to 4.5%, so that would push the mortgage payment up another $150 or so.

At the same time, asking prices are higher, so the buyer would be stuck with a larger loan amount and a higher tax payment.

In other words, I wouldn’t be surprised if less than 30% of buyers will be able to afford a home in California going forward.

Does this mean we’re going to repeat history in just five short years?

Things Are Different, But Risks Remain 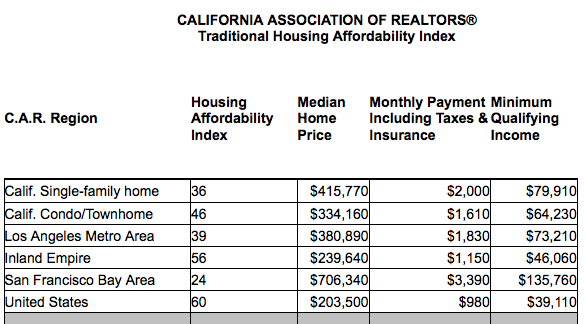 This isn’t the same housing market we saw during the previous boom. For one, inventory is still highly constrained.

During the bubble years, it wasn’t difficult to find a home to buy. The home builders were going nuts buying land and throwing up new communities seemingly overnight, and plenty of people could sell because there weren’t any negative equity issues yet.

Today, there are still very few properties on the market, though that too is beginning to shift as would-be sellers see a golden opportunity presenting itself.

In other words, not just anyone can qualify for a mortgage like they could during the lead up to the great bubble burst.

Finally, many of the mortgages held by homeowners these days are quite superior to those held before things went so very wrong.

Most loans today are fixed at very low rates, though there are plenty of homeowners with high-LTV loans, thanks to programs like HARP 2.0.

But all in all, the credit quality of mortgages these days is pretty darn solid, even if home prices do pull back.

It’ll definitely be interesting to see how the market reacts to affordability concerns. Will more stated income and high-LTV stuff return, or will lenders be more prudent this time around?

One thing is for sure; the next year or two will be very telling for the housing market going forward.

previousNAHB: Increase Your Down Payment to Combat Higher Mortgage Rates
nextRefinance Share of Mortgage Market Will Slip to 40% in 2014