Bank Repos Up Nearly 200 Percent from Year Ago 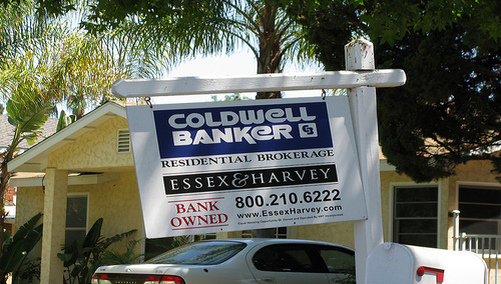 Foreclosure activity increased eight percent in July from June and was up 55 percent from the same period a year earlier, according to the latest report from RealtyTrac.

A total of 272,171 properties were in some stage of foreclosure last month, with one in every 464 households in the nation receiving a foreclosure notice in July.

And while preliminary filings like notices of default accounted for much of the activity, the final stage of the process is also exploding.

“The sharp rise in REOs, combined with slow sales, has resulted in a bloated inventory of bank-owned properties for sale. RealtyTrac now has more than three quarters of a million properties in its active REO database, a number that represents approximately 17 percent of the inventory of existing homes for sale reported in June by the National Association of Realtors.”

More startling however, was the fact that bank repossessions were up 384 percent in Nevada, 427 percent in California, and a whopping 627 percent in Florida, compared to the same period a year ago.