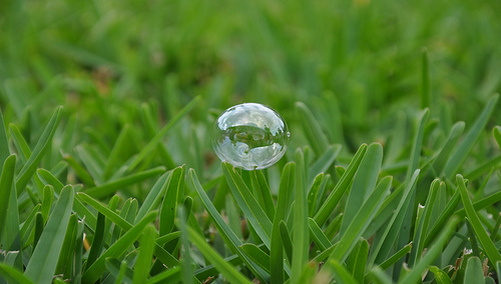 Fed Chairman Ben Bernanke noted in a speech yesterday that an increase in exotic mortgages, not monetary policy, was the cause of the latest housing bubble.

Though the most rapid home price appreciation occurred when short-term interest rates were at their lowest levels, Bernanke argued that the “magnitude of house price gains seems too large” to be explained by monetary policy alone.

He said the difference in monthly mortgage payment between a fixed mortgage and adjustable-rate mortgage (the latter more closely related to monetary policy changes) was “consequential but not dramatic,” whereas more exotic types of ARMs such as pay option and negative amortization loans lowered payments markedly.

“These more exotic mortgages show much more significant reductions in the initial monthly payment than could be obtained through a standard ARM,” said Bernanke. “Clearly, for lenders and borrowers focused on minimizing the initial payment, the choice of mortgage type was far more important than the level of short-term interest rates.”

“The availability of these alternative mortgage products proved to be quite important and, as many have recognized, is likely a key explanation of the housing bubble.”

The prevalence of these types of loans increased substantially between 2005-2006, and was coupled with less restrictive underwriting standards, all provided on the basis of further home price appreciation.

But as we all know, the grossly inflated home prices could not be sustained, even with those 1% teaser rates.

That led to a record number of foreclosures because most of the mortgages were extended with no money down, meaning loans couldn’t be refinanced and homes couldn’t be resold as millions fell into negative equity positions.

All that said, one could argue that the exotic mortgage products were born out of inflated home prices, which were driven by flawed monetary policy to begin with.

However, Bernanke argued that better regulation could have prevented these risky lending practices, halting the unhealthy run-up in home prices.

“Stronger regulation and supervision aimed at problems with underwriting practices and lenders’ risk management would have been a more effective and surgical approach to constraining the housing bubble than a general increase in interest rates,” Bernanke said.

“Moreover, regulators, supervisors, and the private sector could have more effectively addressed building risk concentrations and inadequate risk-management practices without necessarily having had to make a judgment about the sustainability of house price increases.”

Unfortunately, rules and regulations often come too late and do too little, and can easily be circumvented in a matter of minutes.

So buckle up for the next housing bubble…