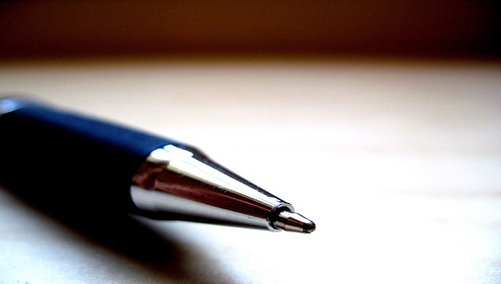 He noted that repayment plans and mortgage rate adjustments stem from the old school of thought, but that the current mortgage crisis demands more.

“Lenders and servicers historically have relied on repayment plans as their preferred loss-mitigation technique,” said Bernanke. “Under these plans, borrowers typically repay the mortgage arrears over a few months in addition to making their regularly scheduled mortgage payments.”

“These plans are most appropriate if the borrower has suffered a potentially reversible setback, such as a job loss or illness. However, anecdotal evidence suggests that even in the best-case scenarios, borrowers given repayment plans re-default at a high rate, especially when the arrears are large.”

Bernanke essentially echoed sentiment by many consumer advocacy groups who feel the loan modification plans being carried out are simply delaying the inevitable, but at the same time, added that not all could be saved.

“Of course, not all delinquent subprime loans can be successfully worked out; for example, borrowers who purchased homes as speculative investments may not be interested in retaining the home, and some borrowers may not be able to sustain even a reduced stream of payments.”

Currently, roughly a third of recent homebuyers are experiencing negative equity, according to a report by Zillow.

“But the current housing difficulties differ from those in the past, largely because of the pervasiveness of negative equity positions,” said Bernanke.

“With low or negative equity, as I have mentioned, a stressed borrower has less ability (because there is no home equity to tap) and less financial incentive to try to remain in the home. In this environment, principal reductions that restore some equity for the homeowner may be a relatively more effective means of avoiding delinquency and foreclosure.”

The Fed chief recommended principal reductions as a means to keep more borrowers in their homes, noting the high cost of foreclosure proceedings and the low level of success with modifications.

He added that servicers who agree to write down a portion of the mortgage balance could actually promote the chances of borrowers being able to refinance into a stable loan.

“For example, servicers could accept a principal writedown by an amount at least sufficient to allow the borrower to refinance into a new loan from another source.”

“A writedown that is sufficient to make borrowers eligible for a new loan would remove the downside risk to investors of additional writedowns or a re-default.”

In closing, Bernanke said more could be done to promote economic stability, and added that modernization of the FHA along with GSE participation and congressional action would be needed to address the current crisis.

Read the full text of his speech here.