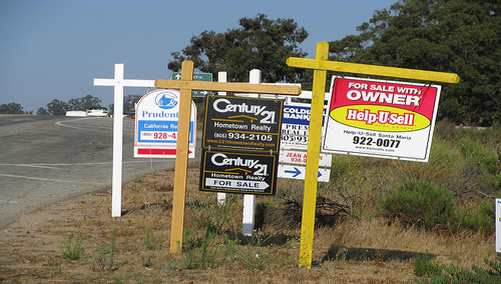 A report released by the Boston Fed last week found that home price depreciation is a leading cause of mortgage default, challenging common arguments that attribute rising delinquencies to unaffordable mortgage payments.

“We find that the DTI ratio at the time of origination is not a strong predictor of future mortgage default,” the report said.   “A simple theoretical model explains this result.”

“While a higher monthly payment makes default more likely, other factors, such as the level of house prices, expectations of future house price growth and intertemporal variation in household income, matter as well.”

The economists estimated that a 10 percentage-point increase in the debt-to-income ratio increases the probability of 90-day delinquency by just seven to 11 percent.

Conversely, a one percentage-point increase in unemployment rate raises this probability by 10-20 percent, and a 10 percent fall in house prices raises it by more than half.

Their findings are important, given the fact that streamlined loan modification programs currently on offer focus on getting a struggling borrower’s housing payment down to a specific debt ratio.

It may also explain why re-default rates are exceedingly high, and puts into question the benefit of a loan modification versus foreclosure.

“Investors also lose money when they modify mortgages for borrowers who would have repaid anyway, especially if modifications are done en masse, as proponents insist they should be,” the report noted.

“Moreover, the calculation ignores the possibility that borrowers with modified loans will default again later, usually for the same reason they defaulted in the first place. These two problems are empirically meaningful and can easily explain why servicers eschew modification in favor of foreclosure.”

And though “contract frictions” between investors and servicers may explain why so few loan modifications have been carried out, the belief that such loss mitigation efforts aren’t more financially beneficial than foreclosure may also be a contributing factor.

The report said loan modification efforts should focus on addressing job loss and other adverse life events, rather than making loans more “affordable” on a long-term basis.

“For example, the government could replace a portion of lost income for a period of one or two years, through a program of loans or grants to individual homeowners.”

“For more permanent and very large setbacks, a good policy might help homeowners transition to rentership through short sales or other procedures.”

Of course, I don’t know if these proposals would actually offset the fact that a home is no longer viewed as an investment, which seems to be why many borrowers are throwing in the towel.