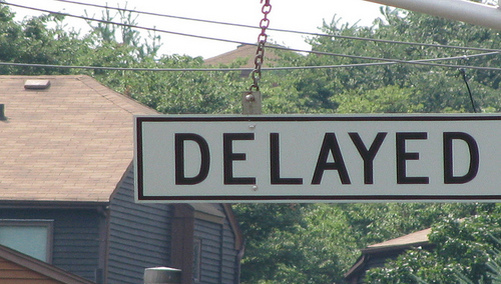 Notice of default filings fell a whopping 61.8 percent during September in the state of California, largely due to new legislation that makes it more difficult for lenders to foreclose on borrowers.

The new law, SB 1137, requires mortgage lenders to attempt to make contact with their borrowers, and then wait 30 days after satisfying specific due diligence requirements before initiating foreclosure proceedings.

If a notice of default was filed before the bill was enacted, the lender would need to provide evidence that attempts were made to contact the borrower before taking action.

The sudden impact of the bill is clear, with only 16,352 NODs filed last month, down from 42,790 in August and 36.4 percent less than in the same period a year earlier.

Notice of trustee sales, the final step in the foreclosure process prior to auction, also decreased 47.3 percent from August to just 19,116, but were still up 33.9 percent from September 2007.

There were a total of 23,409 foreclosure sales during the month, a 163.2 percent increase from the same period a year earlier, but 12.4 percent below August’s numbers.

“CA State Senate Bill 1137 has rendered analysis of current activity against prior foreclosure levels useless in understanding market conditions,” said Sean O’Toole, founder of ForeclosureRadar, who provided the September numbers, in a statement.

“What is important to watch now, is how quickly lenders and trustees adjust to the new law. While it is unlikely foreclosures will return to previous levels, given the new requirements; we expect SB 1137 to have no long term impact beyond delaying the foreclosure process for homeowners, and slowing the overall recovery.”

O’Toole, like many of other critics of foreclosure moratoriums, believes such measures will simply delay the inevitable and cause a spike in foreclosure activity further down the line.