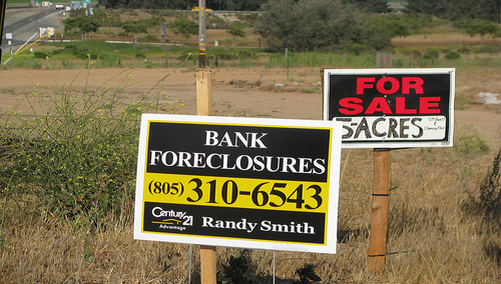 Default numbers hit record highs in nearly all of the state’s 58 counties, including Los Angeles, where 21,632 residential home loan defaults were recorded.

More importantly, however, is the fact that Trustees Deeds (the actual loss of a home due to foreclosure) increased 33.5 percent from the first quarter and 261.0 percent from the second quarter of 2007.

The company noted that just 22 percent of homeowners were able to escape the foreclosure process through a sale, refinance, or by bringing mortgage payments current, down from 52 percent a year ago.

“The small increase in defaults from the first to the second quarter may indicate that we’re nearing a plateau, said John Walsh, DataQuick president, in a release.

“We won’t know until the end of the year, but it may be that some mortgage lenders are starting to prioritize workouts with homeowners instead of grinding things through the foreclosure process. Of course, they may just be swamped and can’t handle processing any more paperwork,” he added.

The majority of loans that went into default during the quarter were originated between September 2005 and November 2006, with a median age of 26 months.

Mortgages were most likely to go into default in counties like Merced, San Joaquin, and Stanislaus, and least likely to enter default in San Francisco, Marin, and San Mateo counties.

Amazingly, foreclosure sales accounted for 40 percent of all California resale activity during the quarter, up from 5.4 percent a year earlier.