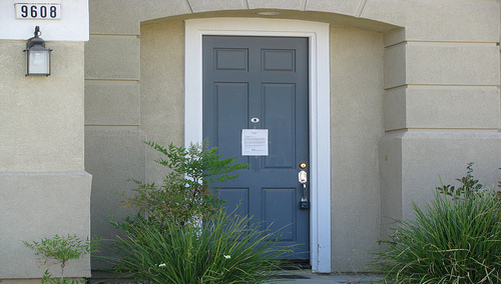 A bill signed into law by Governor Schwarzenegger back in February has launched a supposed “California foreclosure moratorium” in the state today.

Going forward, banks and mortgage lenders will either need to renegotiate a loan or provide 90 days notice before foreclosing on a property.

The so-called California Foreclosure Prevention Act, or Senate Bill 2x 7, enacts a 90-day foreclosure delay on owner-occupied homes where the first mortgage was recorded between January 1, 2003 and January 1, 2008, assuming a notice of default has been recorded.

However, the new rules don’t apply if the loan is serviced by a financial institution that has a “comprehensive loan modification program” in place, meaning pretty much all lenders out there (soon we’ll know who is exempt).

It’s defined as a program “intended to keep borrowers in their homes when the anticipated recovery under a loan modification exceeds the recovery through foreclosure, on a net present value basis; targets a debt-to-income ratio of 38% or less, on an aggregate basis.”

Most lenders have a loan modification program in place that fits that description, so that said, it’s unclear what the impact of this law will be, aside from the typical scurrying to comply and subsequent delay in foreclosures.

A similar bill, SB 1137, which required lenders to make contact with borrowers, then wait 30 days before initiating foreclosure proceedings, slowed foreclosure starts initially, but did little in the long run.

Homeowners may expect banks and lenders to be more forthcoming as a result of this law, but they already seem inundated enough, so don’t get your hopes up too high.

The new law is valid until January 1, 2011, unless it is extended further.