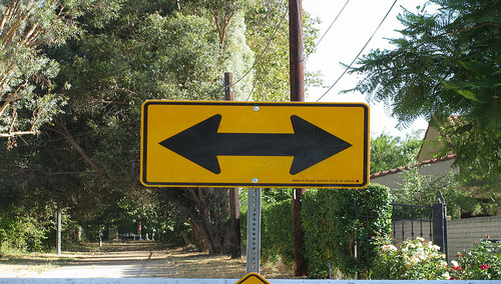 While mortgage delinquencies inevitably continue to rise, foreclosure starts in relation to those figures have fallen, according to the FHFA September Foreclosure Prevention Report released today.

The report, which covers Fannie Mae and Freddie Mac’s 30.7 million residential mortgages, revealed that loans 60+ days delinquent (including those in BK and foreclosure) increased to 2.21 percent of the total portfolio as of the end of the third quarter.

Despite the rise in borrowers falling behind on their mortgage payments, foreclosure starts as a percent of loans 60+ days delinquent fell from 8.29 percent in the first quarter to 7.12 percent in the third quarter.

And loans for which foreclosure was completed stabilized at 2.55 percent between the second and third quarter after rising from 2.41 percent in the first quarter.

However, loan modifications completed fell from 15,372 in the second quarter to just 13,450 in the third quarter, though loans reinstated via Fannie’s Homesaver Advance program skyrocketed, and accounted for 45 percent of all loss mitigation activity.

But it’s unclear whether an unsecured personal loan extended to an ailing borrower to temporarily cure a first lien loan will be enough to head off foreclosures over the long haul.

The number of more favorable (grain of salt) loan modifications completed in the third quarter have actually fallen from both the first and second quarter, and averaged just over 4,000 a month in the latest quarter.

Meanwhile, completed foreclosure sales averaged more than 15,500 a month in the third quarter, up about 5,000 per month from earlier this year.

So unless Homesaver Advance sees some serious long-term success, these seemingly optimistic numbers are nothing more than a false calm before a very real storm.

And the numbers look to get even more muddled thanks to the foreclosure moratorium imposed by the pair over the holidays.