Foreclosure Activity up 75 Percent in 2007

RealtyTrac released year-end data from its 2007 U.S. Foreclosure Market Report today, which revealed a total of 2,203,295 foreclosure filings reported on 1,285,873 properties nationwide during the year, a 75 percent increase from 2006.

The annual report also showed that more than 1 percent of all U.S. households were in some stage of foreclosure during the year, up from 0.58 percent in 2006.

“The year ended with a monthly increase of 7 percent in December, making it the fifth straight month with more than 200,000 foreclosure filings reported and giving the fourth quarter the highest quarterly total we’ve seen since we began issuing our report in January 2005,” said James J. Saccacio, chief executive officer of RealtyTrac, in a release.

In December alone, 215,749 foreclosure filings were reported, an increase of 97 percent from December 2006.

Not surprisingly, Nevada posted the nation’s highest foreclosure rate for 2007, with 3.4 percent of its households entering some stage of foreclosure during the year and 66,316 foreclosure filings overall.

Florida came in a distant second with more than 2 percent of its households entering some stage of foreclosure during the year, and Michigan rounded out the top three with 1.9 percent of households in the foreclosure process.

It’s important to note that foreclosure filings recorded by RealtyTrac include default notices, auction sales notices and bank repossessions, and that not all result in foreclosure.

In related news, the S&P/Case-Shiller 20-city home price index fell 7.7 percent for the year through November, marking the 11th consecutive monthly drop and the largest decline since the index was started in 2000.

The 10-city index suffered even more, declining a record 8.4 percent for the year, news that won’t bode well for those grappling with foreclosure.

“Not only did the 10-city composite index post another record low in its annual growth rate, but 13 of the 20 metro areas, each with data back to 1991, did the same,” Shiller said. 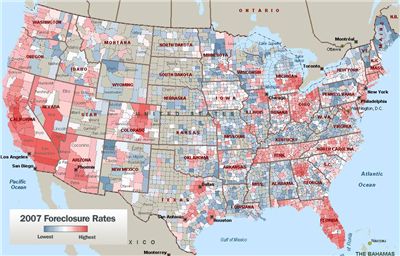