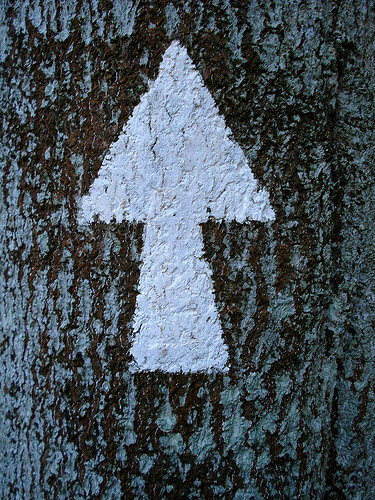 The Irvine, CA-based foreclosure data company said foreclosure filings were reported on 233,001 properties during the month, with about 25 percent on homes in California, the highest share of any state.

“January’s foreclosure numbers demonstrate that foreclosure activity is continuing on its upward trend, substantially increasing from a year ago in many states,” said James J. Saccacio, chief executive officer of RealtyTrac, in a release.

“However, the 8 percent monthly increase in January is not as precipitous as the 19 percent spike we saw in January of 2007, and several key states actually experienced decreasing foreclosure activity from the previous month.”

In fact, Nevada, the state with the highest foreclosure rate, experienced a 45 percent decrease in foreclosure filings from December to January, though its filings on 6,087 properties is still up 95 percent from a year ago.

“It could be that some of the efforts on the part of lenders and the government — both at the state and federal level — are beginning to take effect,” Saccacio said.

“The big question is whether those efforts are truly helping homeowners avoid foreclosure in the long term or if they are just temporarily forestalling the inevitable for many beleaguered borrowers.”

There’s also the question as to whether homeowners are simply turning in the keys before the foreclosure process begins, skewing the numbers further.

California led the nation in filing totals with 57,158, up 7 percent from December, followed by Florida with 30,178, a 3 percent decrease from a month earlier, and Texas with 14,698, a near-20 percent increase from the previous month.

And as expected, metro areas in Florida and California accounted for the highest foreclosure rates, with Cape Coral-Ft. Myers, FL claiming the top spot, followed by Modesto, CA and Riverside-San Bernardino at number three. 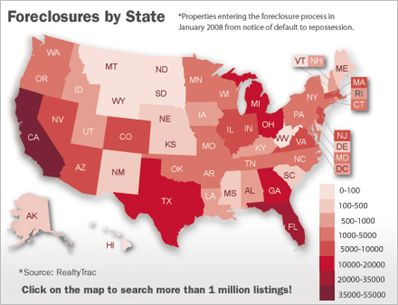