Foreclosure Filings Shot Up in 2008 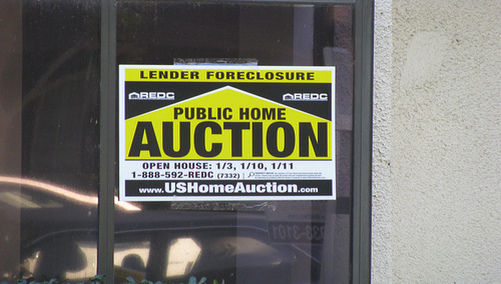 Last year, a startling 3.2 million foreclosure filings were reported on 2.3 million U.S. properties, an 81 percent increase from a year earlier and 225 higher than the 2006 numbers, according to RealtyTrac‘s year-end numbers.

One in every 54 U.S. households received at least one foreclosure filings during the year, nearly double the rate seen in 2007, with California, Florida, and Arizona leading the way in totals.

In Nevada, where the foreclosure rate was the worst, one in 14 households received a foreclosure filing during the year, followed by Florida and Arizona, at one in every 22 households.

Last month, foreclosure filings increased 17 percent from November, despite the implementation of a number of loan modification programs intended to slow the epidemic.

“State legislation that slowed down the onset of new foreclosure activity clearly had an effect on fourth quarter numbers overall, but that effect appears to have worn off by December,” said James J. Saccacio, chief executive officer of RealtyTrac, in a release.

“The big jump in December foreclosure activity was somewhat surprising given the moratoria enacted by both Freddie Mac and Fannie Mae, along with programs from some of the major lenders and loan servicers aimed at delaying foreclosure actions against distressed homeowners.

“Clearly the foreclosure prevention programs implemented to-date have not had any real success in slowing down this foreclosure tsunami. And the recent California law, much like its predecessors in Massachusetts and Maryland, appears to have done little more than delay the inevitable foreclosure proceedings for thousands of homeowners.”

For these reasons, it’s hard to get excited about any new foreclosure moratoria or similar prevention efforts that seem to do little but slow a growing problem.

With millions of homeowners underwater on their mortgages, these programs, while well intentioned, will do little to reverse a situation that has become all too dire.

For many, losing their homes is the reality of the mortgage crisis we face, and failing to realize this will simply cause more pain.