Foreclosure Filings Up in August, But Pace Slowing 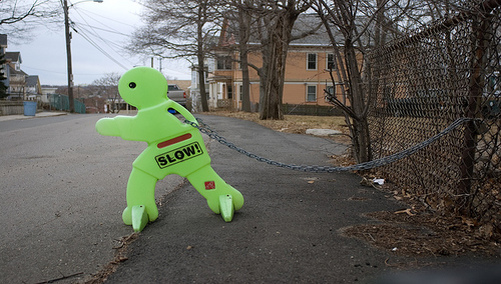 Foreclosure activity increased 12 percent last month from July and 27 percent from the same period a year ago, but the annual rate of increase has slowed significantly, according to RealtyTrac.

Defaults notices, auction sales notices, and bank repossessions were reported on 303,879 properties during the month, the highest total in any month since the company began reporting in January 2005.

But the annual increase of 27 percent was markedly lower than previous months, when the number ranged between 50 and 65 percent.

Bank repossessions (REO) were up 111 percent from August 2007, less than the 184 percent annual rise seen in July and the first month in which the rate of increase slowed since January.

Saccacio noted that the lull in foreclosure activity may have been induced by new legislation aimed at slowing foreclosures and more proactive attempts to boost loan modifications, though those actions could end up just extending the mortgage crisis.

California now accounts for one-third of the nation’s foreclosure activity, with filings reported on 101,724 properties, a 40 percent increase from July and more than 75 percent higher than August 2007.

And California, Florida, and Arizona alone accounted for more than half of the nation’s foreclosure activity.

At the same time, states like Michigan, Georgia, Ohio, and Colorado, all ranking in the top ten for foreclosure rate, saw annual decreases in foreclosure activity. 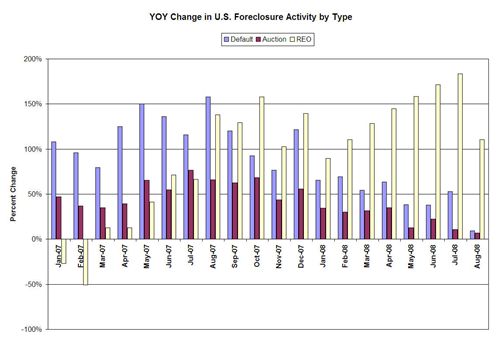