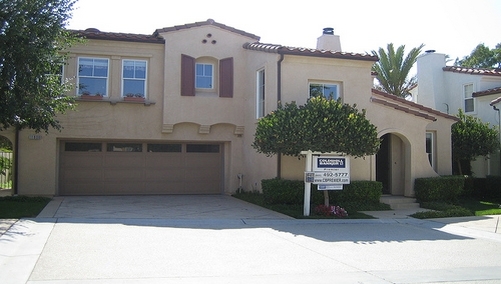 According to the AP’s 2007 foreclosure analysis, an increasing number of home sales are springing up from foreclosed properties, pressuring an already stressed housing market.

With a growing number of mortgage lender fire sales on the market, home prices are falling exponentially, causing traditional sellers to hold off as prices sag further.

The study found that nationwide foreclosure sales climbed to 4.7 percent of existing home sales last year, up from 3.3 percent in 2006.

In Nevada, a state which leads the nation in rate of foreclosure, a staggering 17.5 percent of home sales came from foreclosures, more than four times the amount in 2006.

In Colorado, foreclosure sales accounted for 15.6 percent of home sales in 2007, up from 10 percent a year earlier.

In December, 46 percent of homes sold in the Sacramento area and 31 percent in the San Diego area had been through foreclosure, up from roughly 4 percent in 2006.

Foreclosure sales also nearly doubled in Tennessee and Michigan, which saw rates rise to 10.6 percent from 5.2 percent and from 9.3 percent from 4.9 percent, respectively.

The worry is that a rise in foreclosure sales can drive neighboring property values lower, making it that much more difficult for homeowners looking to refinance take advantage of lower mortgage rates.

That in turn could create a nasty downward spiral and prolong the housing slump beyond the recent estimates that peg a bottom as far as the end of 2009.

Interestingly, foreclosure sales declined in Texas and New York, falling to 3.6 percent from 3.9 percent and 2.7 percent from 2.9 percent, respectively.