Foreclosures Account for More than Half of Bay Area Resales 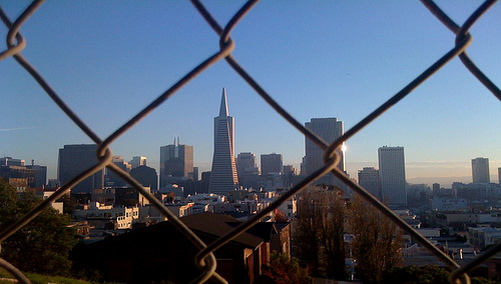 Foreclosed properties accounted for more than half of all Bay Area resales during December, a first, according to real estate information provider DataQuick.

A total of 6,889 new and resale homes and condos sold in nine counties last month, well below the December average of 8,807, but above recent lows seen earlier last year.

“It would be wrong to say that Bay Area home values are half of what they were a year-and-a-half ago,” said John Walsh, MDA DataQuick president, in a statement.  “We’re figuring that maybe half of the decline in median is a market mix issue, and the rest a drop in value.”

“But we’re in the middle of this, and we won’t be able to quantify it until it’s behind us. What is remarkable, is that so much Bay Area activity is still on hold, waiting the turbulence out. We don’t know how long that can last.”

Interestingly, home loans exceeding the conforming limit fell drastically, accounting for just 21.8 percent of sales, down from a rate of about 60 percent seen in the area during recent years.

On a positive note, the typical monthly mortgage payment buyers committed themselves to fell to $1,471 last month, down from $1,695 in November and $2,848 a year ago.

Unsurprisingly, Countrywide, Bank of America, and Wells Fargo were the top area mortgage lenders during the month.