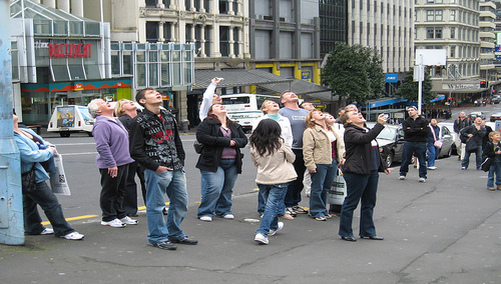 The delinquency rate for mortgages on one-to-four unit residential properties climbed to 5.82 percent of all outstanding loans in the fourth quarter on a seasonally adjusted basis, up 0.87 percent from the same period a year ago and 35 basis points from the third quarter, the Mortgage Bankers Association said today.

The MBA’s National Delinquency Survey also found that 2.04 percent of outstanding loans were in the foreclosure process, up 0.85 percent from a year ago and 0.35 percent from the third quarter.

That marked an all-time high, while the total delinquency rate reached its highest point since 1985.

The MBA also found that 42 percent of foreclosures started during the fourth quarter were tied to subprime ARMs, despite the fact that these loans only account for seven percent of all loans outstanding.

The rate of foreclosure starts in Florida more than tripled over the last year, while more than doubling in California.

“Declining home prices are clearly the driving factor behind foreclosures, but the reasons and magnitude of the declines differ from state to state,” said Doug Duncan, MBA’s Chief Economist and Senior Vice President of Research and Business Development.

“In states like Ohio and Michigan, declines in the demand for homes due to job losses and out-migration have left those looking to sell the homes with fewer potential buyers, particularly with the much tighter credit restrictions borrowers now face. In states like California, Florida, Nevada and Arizona, overbuilding of new homes created a surplus that will take some time to work through.

During the fourth quarter, the seriously delinquent rate (90 days or more past due) increased for all loan types from the third quarter.