Happy Holidays, We Won’t Foreclose on You, For Now 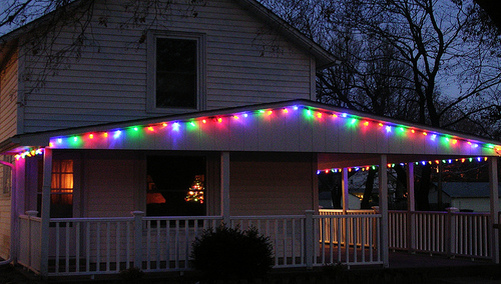 Both Fannie Mae and Freddie Mac have announced that they will suspend all foreclosure sales and evictions of occupied homes from November 26 until January 9.

That includes 2-4 unit properties as well, many that probably aren’t truly owner occupied.  After that, you’re on your own…well, not quite.

The suspension is designed to give servicers time to implement the so-called Streamlined Modification Program recently unveiled by the GSEs, FHFA, and Hope Now, which is slated to begin on December 15.

“By working closely with FHFA and our servicers, Freddie Mac is on track to help three out of every five troubled borrowers with Freddie Mac-owned loans avoid foreclosure this year,” said Freddie Mac Chief Executive Officer David M. Moffett.

“Today’s announcement builds on this momentum and provides a new measure of certainty to many of these families during the holidays.”

Freddie Mac expects to suspend some 6,000 foreclosure sales scheduled between November 26 and January 9, while Fannie’s figure lies closer to 10,000.

This year, Freddie believes it will approve 84,000 workouts for an estimated 140,000 borrowers who are delinquent on Freddie-owned mortgages.

Meanwhile, Fannie says it will work with borrowers even if previous workout efforts proved unsuccessful, calling it their “Second Look” initiative.

While the joint move may seem like a nice gesture, it’ll be unclear for a good while if the moratorium and related loan modification plan will yield meaningful results.