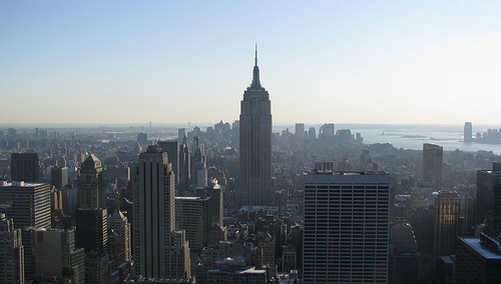 A bill was passed in the state of New York yesterday requiring that a 90-day pre-foreclosure notice currently sent out to homeowners holding subprime loans be expanded to all types of home loans.

Lenders that serve a 90-day notice on a homeowner will also need to make a regulatory filing with the Banking Department within three days so that agency and the Division of Housing and Community Renewal can provide targeted assistance to those in need.

The bill also expands the scope of the early mandatory settlement conference to include borrowers with all types of home loans, not just subprime.

And establishes protections for tenants in foreclosed properties, by requiring that they receive written notification of change in ownership and be permitted to remain in the home for the remainder of the lease term or 90 days, whichever is longer.

Plaintiffs in foreclosure actions who obtain a judgment of foreclosure and sale will also need to maintain the properties, and brokers who perform distressed property consulting services will no longer be able to accept upfront fees.

“While the foreclosure crisis began with borrowers in inappropriate subprime or exotic mortgages, the recession has expanded the impact of this crisis to homeowners with loans that were originally affordable,” said Superintendent of Banks Richard H. Neiman, in a statement.

“This makes the expanded scope of this legislation so timely. In addition, with commercial and multifamily mortgages potentially at risk, the added protections for renters are critical to assist displaced families and to stabilize New York neighborhoods.”

There were 39,923 foreclosure filings in New York State during the first three quarters of 2009, an 11 percent decrease from the same period a year earlier; that compares to a 22 percent year-over-year increase nationally.