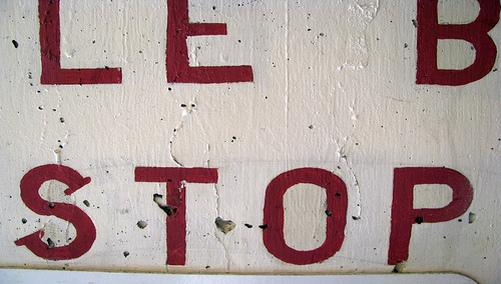 The Office of Thrift and Supervision (OTS) today asked the banking institutions it regulates to halt foreclosures on all owner-occupied properties until the Financial Stability Plan’s loan modification program is in place.

Yesterday, Treasury Secretary Timothy Geithner unveiled the multifaceted program, but said the housing portion of the plan would not be available for perhaps a few weeks.

However, Geithner did note that $50 billion would be committed to prevent “avoidable foreclosures,” using a system similar to that in action over at FDIC-controlled Indymac Federal.

“OTS-regulated institutions would be supporting the national imperative to combat the economic crisis by suspending foreclosures until the new Plan takes hold,” OTS Director John Reich said in a release.

It’s not totally clear how the program will work, but it will likely be a blend of mortgage rate and principal balance reductions, to ensure homeowners have both affordable mortgage payments and an incentive to stick around.

“Preventing avoidable foreclosures is an essential ingredient for economic recovery.  After proposing an OTS Foreclosure Prevention Proposal a year ago, agency leaders have been testifying on Capitol Hill about foreclosure prevention alternatives, discussing approaches with industry trade groups and working with other bank regulators to keep American families in their homes,” the OTS release stated.

The OTS controls more than 800 thrifts, including a number of community banks and larger entities such as ING, Citicorp, and Chevy Chase.

The agency has seen a number of its banks fail in recent months as a result of the ongoing mortgage crisis, including big players like Countrywide, Indymac, Wachovia, and Washington Mutual.

This latest move reveals the desperation and severity of the foreclosure epidemic, as an outright moratorium is far from ideal.