13 Percent of Mortgages in Default or Foreclosure 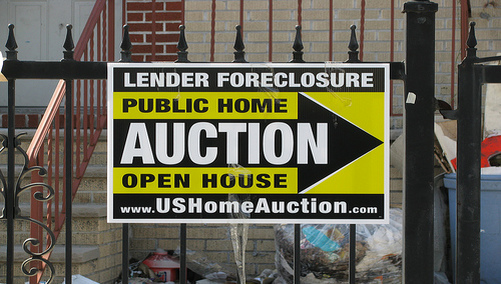 The delinquency rate on one-to-four unit residential properties climbed to a seasonally adjusted rate of 9.24 percent at the end of the second quarter, according to the MBA’s National Delinquency Survey.

The delinquency rate, defined as mortgages at least one month behind, but not in the process of foreclosure, reached another record high during the quarter.

The percentage of loans somewhere in the foreclosure process reached 4.30 percent during the quarter, an increase of 45 basis points from the first quarter of 2009 and 155 bps from a year ago.

The combined total of mortgages in default or foreclosure reached a record high 13.16 percent.

The good news, if you can call it that, is foreclosure starts actually slipped a single basis point from the first to second quarter to a rate of 1.36 percent of all loans, though they were still up 28 bps from a year ago.

I hesitate to call it good news because many foreclosure starts have been delayed by various moratoria that have yet to prove themselves successful long term.

“While the rate of new foreclosures started was essentially unchanged from last quarter’s record high, there was a major drop in foreclosures on subprime ARM loans,” said Jay Brinkmann, MBA chief economist, in a release.

And these percentages are hitting record numbers even with all the new FHA loans being originated, which tells you just how bad it is.