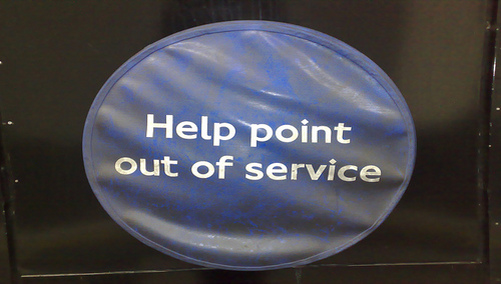 The California Reinvestment Coalition released the results from a survey of 38 mortgage counseling agencies, finding that foreclosure was again the most common outcome during the month of December.

Despite recent seemingly positive reports from groups like Hope Now, the CRC claims that “servicers are simply not helping California borrowers to avoid foreclosure to any significant degree.”

The survey respondents noted that more could be done to help borrowers stay in their homes, but a lack of mortgage lender responsiveness complicated matters, and when they did respond, only short-term modifications would be offered.

Of the 38 groups surveyed, 26 said that foreclosures are a very common outcome for their clients, up from 19 four months ago when the previous survey took place.

And a combined 34 groups, or 94% of those reporting, said that foreclosures were a “very common” or “somewhat common” outcome for borrowers.

Short sales were the second most common outcome, with 88 percent of the groups combined saying they were “very common” or “somewhat common”.

Carrington, HomeEq, and GMAC received the worst marks, with most finding them unresponsive and/or willing to work with at-risk borrowers.

Washington Mutual and HomeEq were found to be the most difficult to work with, followed by GMAC, and then Countrywide and Wells Fargo.

Here are some assorted comments from housing counselors that were included in the report:

“World Savings will not modify loan if the clients have been late within the past 12 months. WAMU continues to heavily market their OPTION ARM, which is not designed for first time home buyers. Countrywide is not willing to modify any of their rates in my experience.”

“1. They do not return calls; 2. Take 30-60 days to give us a written answer; 3. Require their own authorization to release information forms; 4. Take too long to assign cases; 5. Keep changing officers when cases are assigned; 6. They give wrong information regarding the loan; 7. Always have to refax and explain the situation to different people; 8. Customer Service sends us to the wrong department; 9. They hang up; and 10. Never willing to work any details—they always have new personnel.”

The CRC also noted that most of the loan modifications carried out are simply repayment plans, which they feel will just delay the inevitable.