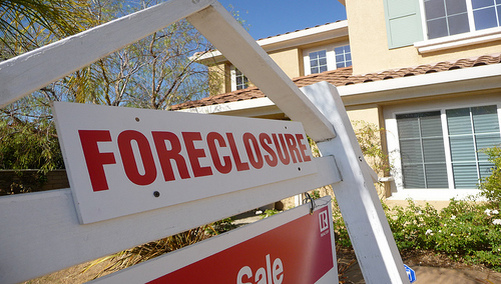 The percentage of U.S. adults who would consider buying a foreclosed home has dropped below 50 percent, according to a survey conducted by Trulia and RealtyTrac.

In a previous survey completed in April, 54 percent of adults said they would consider the purchase of a foreclosed home, but that number has since dropped to 47 percent.

Not only that, but negative sentiment with regard to the purchase of a foreclosed home has risen, with 80 percent of respondents concerned with things like hidden costs, the home losing value, and “personal connection with foreclosure.”

To compensate for the risk, homeowners expect unrealistic discounts, with 75 percent of respondents thinking they should pay 25 percent less for a foreclosed home and three of ten wanting at least 50 percent off (hmm).

“What’s significant about our findings is that just as the market is being flooded with more foreclosures, homebuyers are more hesitant to buy them. Misinformation around foreclosures abounds and that’s dangerous for the market and for homebuyers,” said Pete Flint, co-founder and CEO of Trulia, in a release.

A negative shift in consumer sentiment regarding foreclosures could be seen across a number of different demographics, including single, married, and divorced respondents.

Yesterday, DataQuick revealed that 54.6 percent of Southern California home resales in the month of November had been foreclosed on at some point in the previous 12 months.

But who’s actually buying up these distressed properties; investors or common homebuyers looking for a primary residence to settle down in?

On the bright side (for homebuilders), the glut of stagnating new developments could see a boost in sales if foreclosed homes are perceived as risky and less desirable.