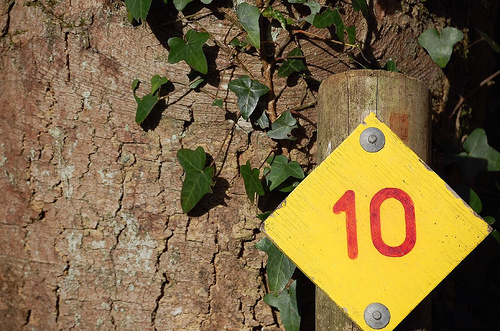 Fortune magazine released its top 10 list of the most admired mortgage companies in the March 17th edition, which begs the question: What makes a company admirable?

Topping the list was LandAmerica, a title insurance company that reported a fourth-quarter loss of $45.9 million, closed 160 offices, and currently faces an antitrust lawsuit that claims it artificially inflated rates.

Second was Washington Mutual, a Seattle-based thrift that saw its shares fall to their lowest point since 1995 last week amid concerns it faced billions more in write-downs despite recording its first quarterly loss since 1997.

In a close third was Fidelity National Financial, a title insurance provider that was also involved in the previously mentioned antitrust suit and whose shares are trading near a 52-week low.

Fourth was First American, another title insurer/appraisal company that was part of the aforementioned antitrust suit, which posted an annual loss for 2007, cut 1,100 jobs, and whose eAppraiseIT unit was accused of colluding with Washington Mutual to inflate appraised values.

That brings us to Sovereign Bancorp, which posted a $1.6 billion loss and scrapped its dividend amid higher credit losses, leading the company to fire its CFO following the CEO’s departure last year. A sale to Santander Bank is also starting to slip away.

Next is IndyMac, the Pasadena, CA-based mortgage lender that recently posted its first annual loss, cut 24 percent of its staff, and warned this week that it could miss first-quarter estimates as well.

Stewart Title followed, a title insurer that recorded a fourth-quarter loss and its first annual loss since 1974 while slashing 2,100 jobs, or roughly 20 percent of their workforce over the last two years and shuttering 145 locations.

Freddie Mac claimed the eighth spot after it posted a $2.5 billion fourth-quarter loss and an annual loss of $3.1 billion, while cutting its dividend in half and selling $6 billion in stock to raise much needed capital.

Troubled jumbo mortgage lender Thornburg took the nine hole despite teetering on the brink of bankruptcy after receiving margin calls it couldn’t meet and seeing its share price fall as low as 69 cents earlier this week.

And you guessed it, Countrywide Financial somehow rounded out the top ten, despite the fact that it faces class action lawsuits, scrutiny from Congress over executive pay, an FBI probe, probes from state attorney generals, and widespread criticism from the general public and consumer advocacy groups who claim it engaged in predatory lending.

Admiration just ain’t what it used to be…