U.S. Housing Market Still Not in a Bubble, Despite What You May Think

Two new reports put to bed the idea that we’re in another housing bubble or due for another housing crash, though there are some mounting concerns, as there have been for some time.

The Urban Institute went as far as to say that “some cities might be” in a bubble, but the overall U.S. housing market is not. And more importantly, it’s “nowhere near” conditions seen in 2008. Phew! 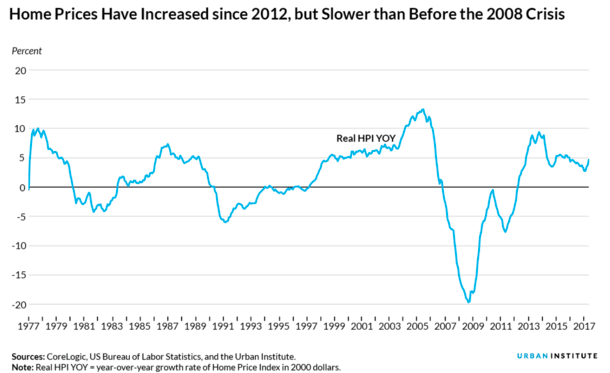 They point out that the median U.S. household can still afford a house that is a whopping $70,000 more expensive than the current price of the median house sold.

So while home prices have outpaced inflation by 34% since 2012, household income is still sufficient enough for the average family to buy the typical home.

Back in 2006, a time when real estate was spiraling out of control, the median household was $22,000 short when it came to being able to afford the median priced home.

As I’ve said before, it’s not always great to compare normal times to 2006 because you’ll typically always make any other time look really, really good.

But you can see that there’s quite a spread between that time period and now.

Considering that median-priced homes are going for around $245,000 at the moment, a $70,000 cushion is pretty significant.

Additionally, house price growth outpaced inflation by 87% between 1997 and 2006.

Some Cities Are on Bubble-Watch Though 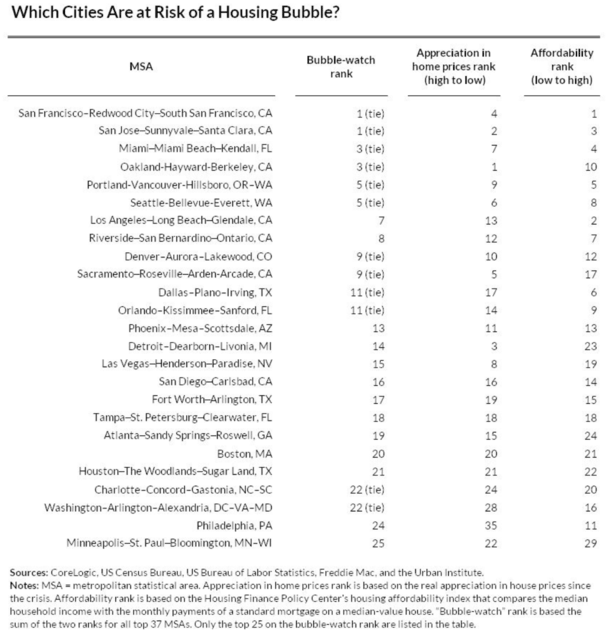 If you drill down into the metropolitan statistical areas (MSAs), there are some “areas of concern.”

Unsurprisingly, it is the Bay Area in Northern California that tops the Bubble-watch rankings, along with Miami, Portland and Seattle. Los Angeles, Sacramento, and Denver are right there too.

These MSAs tend to exhibit the deadly combination of high home price growth and low affordability, which may signal an unsustainable housing market. Clearly those two things don’t go together very well.

Others on the list like Detroit remain very affordable, but home price appreciation there seems to be getting a little ahead of itself. They only experienced a 12% gain during the prior boom, then prices fell 62% during the downturn. The city is rebounding hard, maybe too hard.

Then there’s Philly, where home prices haven’t appreciated much at all, yet are already unaffordable.

In Phoenix, rapidly rising home prices have put a dent in affordability as incomes don’t seem able to keep up.

And in hot cities in California, Florida, and Texas, international buyers and institutional investors are pushing prices to new heights, which could result in a lot of risk in the future. 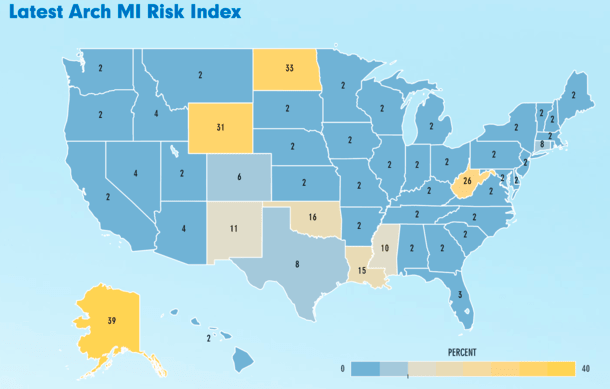 Our next report comes from Arch Mortgage Insurance Co., which claims there is “no housing bubble in sight and no projection of home prices falling.”

Their Fall 2017 edition of The Housing and Mortgage Market Review (HaMMR) reveals that the probability of home price declines in America’s 401 largest cities averages just 4%, a number they refer to as “unusually low.”

And Dr. Ralph G. DeFranco, the Global Chief Economist of Mortgage Services of Arch Capital Services Inc. says, “People waiting for home prices to fall before buying may want to change their strategy.”

He adds that “the overall housing market is expected to stay strong for the foreseeable future,” and claims their research shows no evidence of a bubble forming.

In fact, home prices are apparently well aligned with incomes on a historical basis.

And with an improving employment picture, low mortgage interest rates, few homes for sale, and an overall shortage thanks to limited land/construction, the trends favor even more gains.

They point out, as I have, that once you adjust home prices for inflation, prices are still some 10% below their prior peak on a nationwide basis.

However, like the Urban Institute, there are some states that have found their way into the moderate risk rankings of late.

The map above shows the probability of home prices in a given state being lower in two years, based on the FHFA All-Transactions Regional Housing Price Index (HPI).

As you can see, there is a 39% chance that home prices will be lower in Alaska in two years. North Dakota, Wyoming, and West Virginia aren’t far behind. And it is the flagging energy sector (and mining industry) that is the culprit in those states.

Most other states look pretty healthy, or at least low risk.

As always, you need to pay attention to your own market because real estate is local. National trends are helpful to get a sense of direction, but local events can be even more important.

The next year and change will be interesting, especially as mortgage rates begin to rise (assuming they actually do).

If you’re waiting for your moment, you may have missed it, as DeFranco pointed out, but that doesn’t mean you can’t rent and wait for an even bigger moment down the road.