What on Earth Is a Zestimate and Is It Accurate? 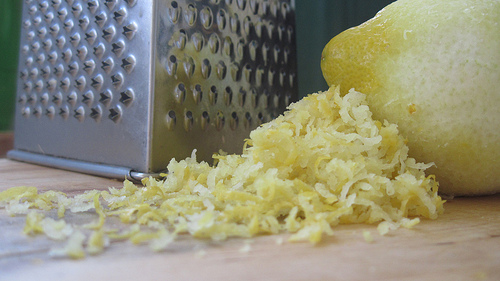 I was on Zillow the other day looking at real estate when it occurred to me that I never really touched upon the so-called “Zestimates” offered up by the famous real estate portal.

Most consumers have heard of the Zillow Zestimate, which made its debut back in 2006.

But they’ve been largely written off by industry folk (real estate agents) as “unreliable” and various other expletives, assuming the value estimation is lower than it should be.

First things first, let’s define a Zestimate. By Zillow’s own account, a Zestimate is the “estimated market value” of a property.

They also refer to Zestimates as a “starting point in determining a home’s value,” which is important to note when browsing around Zillow.

A Zestimate is computed based on data, not human touch, vision, interaction, etc. And we all know how computers can fall short…this explains why there are error rates.

Speaking of, the median error rate for the entire nation is currently 4.6%, which means half of Zestimates nationwide were within 4.6% of their sales price, and the other half were off by more than 4.6%.

Where to Find a Zestimate?

If you look up any property on Zillow, whether it’s for sale or not, you should see a Zestimate at the very top of the page, directly under the last sales price (or current listing price).

And if you scroll down a bit more, you’ll see an entire section dedicated to the property’s Zestimate, including a 1-year, 5-year, and 10-year graph.

On the graph, you’ll be able to track the history of the Zestimate alongside home prices for both the city and zip code to get a better feel for the property in question.

It also displays the movement of the Zestimate over the past 30 days to give you more information about recent price movements, as seen below.

Recently, the company launched a Zestimate forecast, which as the name implies is an estimate of the home’s value over time, in this case the next 12 months (both dollar amount and percentage wise).

Finally, you’ll see a so-called “Rent Zestimate,” which is simply the estimated monthly rental price of the property. 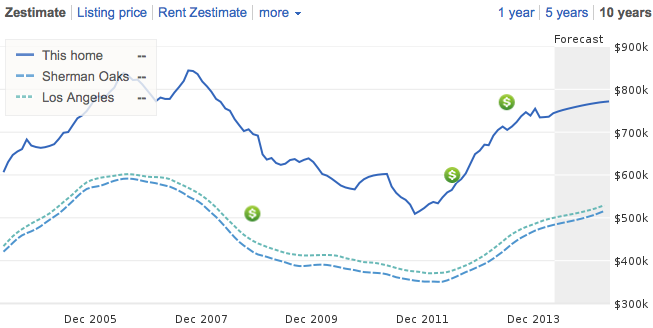 A Zestimates accuracy is clearly of utmost important, especially if it’s being relied upon by millions of prospective home buyers.  But Zillow says themselves that Zestimates track the market, as opposed to drive it. So it’s not a forward-looking valuation tool.

So are these Zillow estimates accurate? This is a tough question to answer because like any other statistical model they could get the value right on the nose or be $100,000 or more off.

It’s a bit of a crapshoot really.  But it certainly depends on the property. And the day because they’re apparently updated daily.

For example, a 3-bedroom, 2-bathroom single-family residence built in 1982 in Your Town, USA may be assigned a Zestimate of $250,000, based on public data culled by Zillow.

You’ll also see a value range, which displays the high and low estimated value of the property.

A large range indicates less data/higher volatility, whereas a small range means Zillow has plenty of information to make an informed decision, and hopefully a lower median error rate.

In other words, if there are lots of sales in a given area where homes are pretty uniform (same style/size/layout/number of beds and baths), the Zestimate will probably be pretty accurate.

Conversely, if the property is unique and in a sparsely populated area where homes only sell a few times a year, the Zestimate may be a far cry from its true value.  And this can be too low OR too high.

Zestimates may also appear to be too low if there’s a ton of demand in a certain area because home buyers are technically overpaying based on the value Zillow comes up with.

The opposite is also true.  That being said, the seller won’t care that they’re selling well above their Zestimate so long as someone is willing to pay.

And if you make the “Zestimate is too high” argument, you’ll probably get laughed at by the seller and the real estate agent.

Of course, if I were buying a home and had the choice, I’d want to be making an offer on a home that was listed below the Zestimate, whether accurate or not.  It’s not a must, but if I had the choice…

If you want to get really deep, you have to question what accurate really means.  Is what a property is worth what you should pay for it?  Does it matter what it’s “worth” if someone is willing to pay an entirely different amount?

I’m sure over time we’ll see improved Zestimate accuracy, which is a good thing, but it will always leave many unanswered questions like those just posed.  Then again, so will full-blown appraisals.

Note: Only about 100 million homes have an associated Zestimate, so you could get extremely unlucky, but chances are the property you’re researching will have one.

In late June 2019, Zillow announced a major update to its Zestimate, calling it the “most sophisticated and accurate” version to date.

What makes it different now is that it relies upon so-called computer vision and neural networks to identify and value any improvements present in a home, along with real-time data.

For example, it can analyze a property’s photographs and determine if a countertop or fixture is high-end or low-end, merely by classifying different patterns found in the pixels.

But if your house has nice stuff inside, like a new kitchen, and perhaps good curb appeal outside, it can help pump up its value.

It appears to go beyond the black and white data stuff to find the qualities that make a particular property special or unique, and most importantly, more valuable.

The use of real-time data will bolster accuracy as well, with the list price and time on market of for-sale homes also factored in.

As a result of the update, Zillow says the error rate is now less than 2%, meaning half of all Zestimates will fall within 2% of a home’s eventual selling price.

That’s down from nearly 5% in prior iterations, which should be welcome news to those who saw their value go up (and not down!).

A Zestimate Is Not an Appraisal! 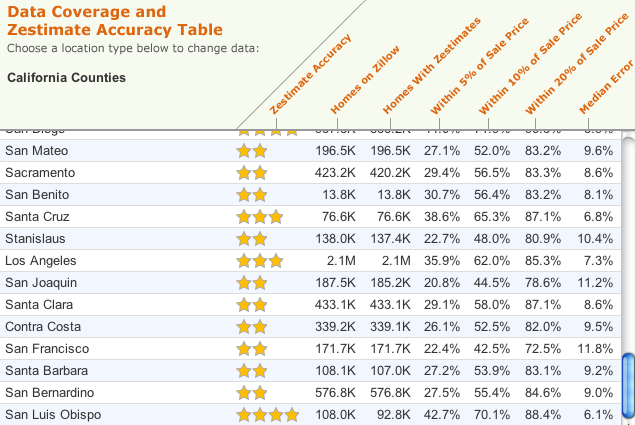 This is where things get ugly. A lot of homeowners, and I suppose some in the industry, seem to get tripped up into thinking a Zestimate is a home appraisal.

Zillow explains right on its informational page that a Zestimate is not an appraisal, and cannot be used in place of an appraisal.

Why? Because Zillow hasn’t physically inspected your home, like a real appraiser would.

And the data they receive may be dated, incomplete or inaccurate, especially if recent changes have been made to the home in question, such as major home improvement, or if a home has just sold nearby.

Of course, they do allow homeowners to edit their home facts if thing change.

But it’s still really nothing more than a home value estimator, just like the Redfin Estimate.

For example, if home prices rise by 10% in a given neighborhood since purchase, they’ll provide a sale-based estimate by combining the purchase price and the dollar amount of that appreciation.

Different properties have different types of estimates available, all of which you’ll be able to see on the individual property page.

Regardless, you can’t get a mortgage with a Zillow Zestimate. You’d be laughed right out of the bank.

An appraisal from a certified appraiser will be required by the mortgage lender to obtain financing in most cases unless you’re paying with cash.

So what does that tell us? Well, it means Zestimates are exactly what Zillow says they are, a starting point. An idea, a ballpark, an estimation of a home’s value using a computer. The actual sales price could be entirely different.

In other words, take them with a huge grain of salt, just like advertised mortgage rates.  But still brag to your friends if and when your Zestimate rises!

Read more: How much house can I afford?

5 thoughts on “What on Earth Is a Zestimate and Is It Accurate?”

previousYou May Be Denied a Mortgage If You Gamble
nextMortgage Rates Lowest Ever, Woo.