Will There be a Foreclosure Moratorium This Holiday Season? 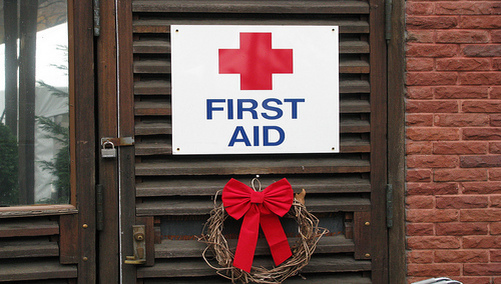 I just got to thinking.  Last year, mortgage financing heavyweights Fannie Mae and Freddie Mac implemented a foreclosure moratorium during the holidays (so did ING).

The agencies vowed to suspend all foreclosure sales and evictions of owner-occupied homes from November 26 until January 9, though the move was tied to the implementation of the Streamlined Modification Program (remember that thing).

Freddie Mac expected to suspend some 6,000 foreclosure sales scheduled between those dates, while Fannie’s figure was closer to 10,000.

This year, all the programs envisioned and created to prevent avoidable foreclosures seem to be in place, so any new moratorium would be more about politics than anything else.

But it would be a nice gesture to keep homeowners in place during the holidays, considering all the shoddy stuff banks and mortgage lenders have been involved in throughout the mortgage crisis.

It’ll be interesting to see if any of the major players step up in the coming weeks, though we are getting dangerously close to the New Year, so there’s no guarantee.

There’s also the question of whether moratoria simply exacerbate and prolong the problem by keeping unfit borrowers in homes they can’t afford, though allowing them to stick around during what can be a tough time of the year doesn’t seem to be asking a lot.

Earlier this week, loan servicers participating in the Making Home Affordable program were told they could face monetary penalties and sanctions if they fail to meet performance obligations, so perhaps a moratorium could take the heat off.

previousZero Down Mortgages Three Times More Likely to Default Than Those with 10 Percent Down
nextFHA to Increase Minimum Down Payment, Credit Score Requirement, Insurance Premiums