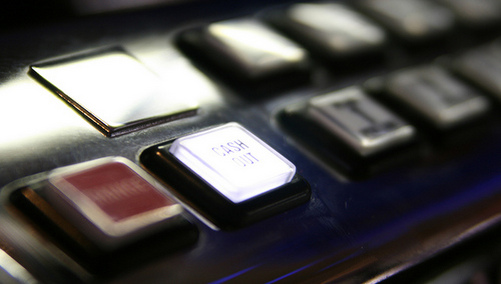 No, you may not have cash with that…

Only 42 percent of refinances carried out during the first quarter resulted in cash out, according to the latest “Cash-Out Refinance Report” from Freddie Mac.

“In the past two quarters, about $32 billion in home equity was cashed out by homeowners when they refinanced their home mortgage,” said Amy Crews Cutts, Freddie Mac deputy chief economist, in the report.  “This is the least we’ve seen over two successive quarters in the past eight years.”

Of course, it’s not by choice, but rather the result of slumping home prices that have sucked equity dry in scores of households across the nation, coupled with more stringent underwriting guidelines that limit things like cash-out.

On a positive note, half of the borrowers who refinanced during the first quarter now enjoy mortgage rates about 1.25 percent below the old rates.

“The payment savings from ‘rate-and-term’ refinancing done during the quarter is about $160 a month on a $200,000 loan and in aggregate this adds up to about $2.5 billion in extra spending cash in the pockets of those homeowners to spend over the coming year,” said Freddie Mac chief economist Frank Nothaft.

The report also noted that 58 percent of prime borrowers who refinanced a conventional, first mortgage either kept the same principal balance or reduced it, up from 45 percent a quarter earlier.

“In the fourth quarter, $4.7 billion in second-lien debt was consolidated, increasing to $7.0 billion in the first quarter of 2009,” Cutts said.

“Because second liens generally carry higher interest rates, the consolidation of $11.7 billion into a lower-cost first lien provides about $200 million in interest savings over the next year to these households.”

So this is all pretty much good news; borrowers are no longer able to rely on their homes as ATM machines, let’s just hope they can pay their bills another way.