Downey Savings Shut Down by FDIC 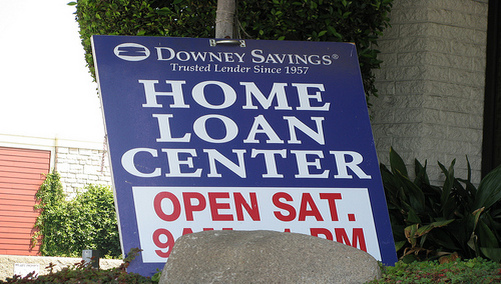 Downey Savings was shut down late Friday by the FDIC on a busy day where two other banks were also seized.

US Bank has agreed to take on the company’s banking operations, including its 170 branches in California and five in Arizona.

The news doesn’t come as much of a surprise, given Downey’s dismal share price and the admission of a consent order demanding it raise capital by year-end or face conservatorship.

It’s unclear to what extent the Newport Beach, CA-based bank and mortgage lender was still lending, given it dropped its wholesale lending unit back in mid-October.

That channel had historically provided roughly 80 percent of all single-family loan origination volume.

As of the end of the third quarter, Downey had total deposits of $9.7 billion and $12.8 in total assets, many of which were non-performing.

PFF Bank and Trust Acquired by US Bank

It was a busy afternoon for US Bank, who also agreed to acquire Pomona, CA-based PFF Bank and Trust, along with its $3.7 billion in assets, $2.4 billion in deposits, and 37 branches.

A third bank, The Community Bank, located in Loganville, Georgia, was also seized.

A total of 22 banks have failed so far this far, including five in the state of California alone.

I suspect a number of other banks will fail within the next month as well, given the precarious trading prices of a number of banks out there at the moment.

previousHappy Holidays, We Won’t Foreclose on You, For Now
nextCitigroup Gets Its Bailout