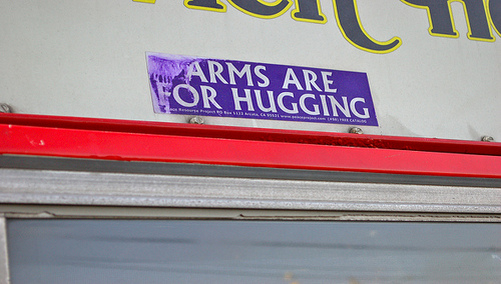 Mortgage rates trickled lower this week, but still remain above record lows seen three weeks ago, according to the latest survey from mortgage financier Freddie Mac.

The 30-year fixed fell just two basis points to 4.80 percent for the week ending April 23, but remains much lower than its year-ago average of 6.03 percent.

The 15-year fixed was unchanged from a week ago at its new record low 4.48 percent, and sits well below the 5.62 percent average seen this time last year.

Adjustable-rate mortgages got in on the fun as well, though they can’t seem to keep up with the low, low rates tied to fixed loans at the moment.

The five-year ARM averaged 4.85 percent this week, down from 4.88 percent last week and 5.68 percent a year ago, the lowest since Freddie Mac began tracking in January 2005.

The one-year ARM dropped to 4.82 percent from 4.91 percent, and remains below its year-ago average of 5.29 percent.

“For instance, interest rates for 1-year ARMs exceeded those for 30-year fixed-rate mortgages over the last two weeks; this is the first time this has happened since Freddie Mac began collecting data for ARMs in January 1984.

It makes you wonder why anyone would choose an adjustable-rate mortgage these days; of course, nowadays they only account for about 1.5 percent of total application volume, so most borrowers are steering clear.

Nothaft also expressed optimism for the ailing housing market, citing recent data from the FHFA that shows increases in home prices, though it could easily be skewed by the disproportionate number of sales in the strongest markets.

“The housing market is showing further signs of possible improvement.  House prices rose for the second consecutive month in February, the first back-to-back increase since April 2007, according to the Federal Housing Finance Agency.  Among the nine Census divisions, six experienced positive gains in February, led by a monthly increase of 3.8 percent in the Pacific Division.”

The mortgage rates above are good for conforming loan amounts with a loan-to-value of 80 percent.

Jumbo loans continue to price much higher, and are more restrictive, requiring higher credit scores and larger down payments.