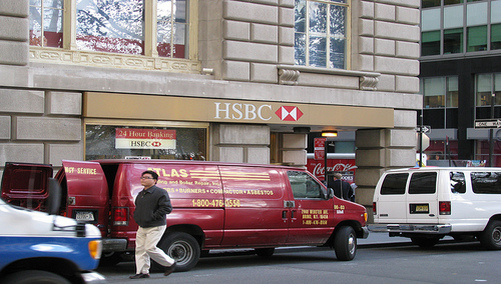 HSBC announced today it will close both its HFC and Beneficial units, resulting in thousands of layoffs.

The consumer lending companies offer a number of products, including home mortgages, home equity loans, and personal loans.  Combined, the two units have 775 branches in 45 states.

“HSBC will continue to service and collect the existing receivable portfolio as it runs off, while continuing efforts to reach out and assist mortgage customers with their loan repayments and home preservation,” the company said in a press release.

“The Consumer Lending branch offices, branded in the US as HFC and Beneficial, will cease taking new loan applications as soon as practical and substantially all branch offices will be closed as soon as commitments to customers are satisfied. “

The company said it remains committed to the “US financial services market” and its remaining U.S. based business units, such as its credit card subsidiary.

In late November, HSBC halted wholesale and correspondent lending thanks to ongoing disruptions in the credit markets.

HSBC has also shut down most of its structured credit and mortgage-backed securities distribution operations.

Closed Offices Was Just the Beginning

Back in 2007, Beneficial Finance, the non-prime retail mortgage unit of HSBC bank, closed roughly 300 offices nationwide, resulting in the loss of 1,500 jobs.

HSBC also made plans to consolidate 260 consumer lending branches as a result of weak demand and the ongoing credit crunch.

At the time, I heard that California and New Jersey were hit especially hard by the closures, with both set to lose about half of their total branches.

Numerous other locations throughout the nation were consolidated or closed in markets that experienced rapid home price depreciation.

The move followed similar mortgage-related pullbacks, including the closure of HSBC’s wholesale lending unit Decision One, the closure of a Carmel, Indiana mortgage office which resulted in 600 layoffs, and the recent halt to the trade of mortgage-backed securities.

It plans to raise $17.7 billion in new capital via a share repurchase program and cut 6,100 jobs.

13 thoughts on “HSBC to Halt Lending, Shutter HFC and Beneficial”