Countrywide Name to be Retired in April 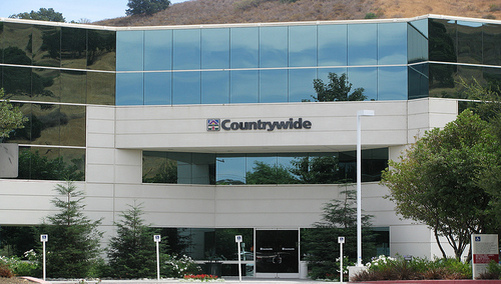 Sad news folks.  On April 27, Bank of America will re-brand Countrywide Financial to “Bank of America Home Loans,” according to a report today in the WSJ.

Now it’s unclear if they’ll have a ceremony or hang an old jersey on the wall, but it’s surely the end of the Countrywide brand as we know it.

Barbara Desoer, the B of A executive in charge of the mortgage unit, implied that the move will allow the bank to separate itself from the former mortgage lender’s not-so-stellar reputation.

The name change is also aimed at improving its customer relationship, using a name that’s more associated with “responsible lender” and “accountable,” as opposed to say “fraud” and “ripoff.”

Desoer said the new integrated unit plans to hire 1,000 new employees and move another 500 to mortgage processing from home-equity processing in light of the recent refinance bonanza.

Of course, 7,500 employees are still set to lose their jobs as a result of the merger, which was completed last July.

Since then, Bank of America has been working around the clock to settle scores of lawsuits and customer complaints.

And just last week, Countrywide settled with the Colorado Attorney General, agreeing to provide roughly $6 million in aid to eligible borrowers who were pushed into unaffordable, high-cost loans.

While the name Countrywide Financial may be absent from future marketing materials, it’s likely a name we won’t soon forget.

1 thought on “Countrywide Name to be Retired in April”

previousWhat About Jumbos and Underwater Borrowers?
nextPrivate Label Mortgages Root of Problem, But Not Focus of Foreclosure Prevention