Think you can’t get a jumbo home loan these days? Think again. Power couple Jay-Z and Beyoncé somehow managed to get a $52.8 million-dollar mortgage from the bank to finance their home in Los Angeles.

Per the LA Times, the pair purchased the $88 million-dollar property in a Bel Air neighborhood via blind trusts and came in with a 40% down payment. That’s 60% LTV, which seems like a good amount of skin in the game.

I’m not sure what constituted the largest mortgage ever, but $52.8 million is probably way up there.

As the Times pointed out, the monthly payment alone is nearly half the median sales price ($610,000) of a single-family home in Los Angeles.

The monthly payment also happens to be $50,000 more than the median home value in the United States.

The good news is the sprawling two-acre estate includes four swimming pools, a spa, full-size basketball court, and a wellness center. It’s also 30,000 square feet, so there’s plenty of room for the in-laws.

Why Did They Take Out a Mortgage?

Now you might be wondering why a couple as rich as them would even take out a mortgage? After all, they’re apparently worth over a billion dollars combined.

Couldn’t they just pay for the house in cash and save a ton of money on interest?

Heck, the first monthly mortgage payment consists of $176,000.00 in interest, with just over $76,000 of the payment going toward the principal balance.

Over the full 30 years, they’ll pay an astronomical $37,947,100.80 in interest, and chances are they won’t be able to take advantage of the mortgage interest deduction.

So why pay nearly $38 million dollars in interest? Well, like other mega-rich people, they probably understand that their money is better spent, or invested, elsewhere.

While they could save a lot of money on interest, they might have bigger and better plans for their money. All they have to do is beat a return of 4%, assuming that’s really their mortgage rate.

With the right financial advisor by their side, they can probably eke out a better return and come out way ahead.

If you recall, even Warren Buffett has a mortgage on one of his homes. Instead of paying all-cash, he was buying shares of his own company when it was dirt cheap.

Those shares went from about $40 to around $268,000 per share today. Sounds like he made the right choice.

Lately, Buffett has been outspoken about the great opportunity to take on a mortgage, especially a long-term fixed-rate mortgage. And he might have a good point. If rates rise and inflation takes hold, those monthly housing payments will feel really cheap in the future. 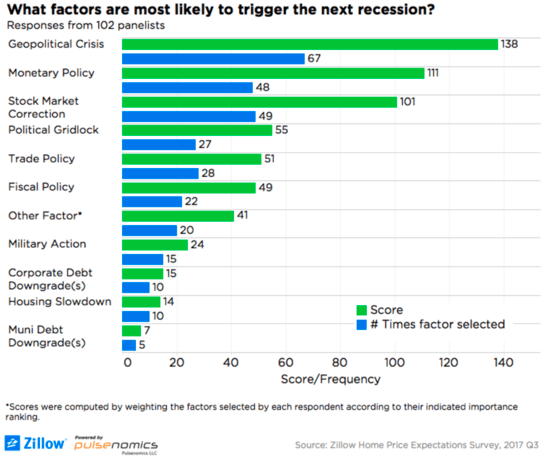 One last item. Per Zillow, there are now more million-dollar zip codes than during the housing market top back in 2007.

If more than 10% of properties in a given ZIP code were valued at $1 million or more, Zillow identified it as a “million-dollar area for the year.”

The latest research indicated that one in 25 ZIP codes nationwide held that distinction. In San Francisco and San Jose, 74% and 77% of ZIP codes were million-dollar ones, respectively.

Of course, factor in inflation and we have real home prices, as opposed to nominal ones. That means $1,000,000 today might have only been worth around $850,000 a decade ago.

Either way, real home prices are clearly on the rise with no obvious end in sight.

Interestingly, it won’t be the mortgages that are the problem this time – instead, a geopolitical crisis. Yikes.