Nearly Half of Mortgages Will Be Underwater by 2011 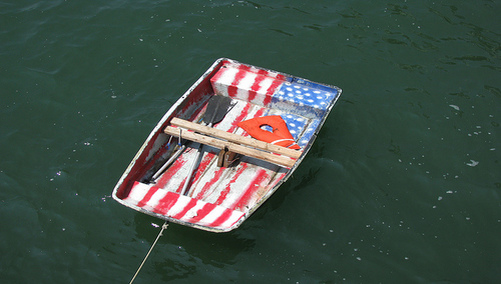 What’s all this talk about a housing bottom and a turnaround?

That type of chatter always seems to be followed by a little dose of reality, this time a report from Deutsche Bank.

The German bank warned today that the percentage of U.S. homeowners that owe more on their mortgage than their properties are worth will rise to 48 percent by 2011.

That’s up from 26 percent at the end of March and certainly doesn’t bode well for any type of housing recovery.

Deutsche Bank analysts Karen Weaver and Ying Shen said home price declines will have the biggest impact on prime conforming loans, which make up roughly two-thirds of all mortgages.

Meanwhile, 46 percent of prime jumbo loans will be in an underwater position, up from 29 percent as of the end of the first quarter.

Unfortunately, it gets worse; 69 percent of subprime loans will be underwater in 2011, up from 50 percent in March, along with a staggering 89 percent of option arms, up from 77 percent.

In less than two years, negative equity will climb to 90 percent or more in certain parts of California and Florida, along with Las Vegas.

This can mostly be attributed to affordability issues that forced many to take out 100 percent mortgages; then there were the serial refinancers…who pulled cash out of their homes over and over, who have no one to blame but themselves.