Nearly One in Five Underwater on Mortgage 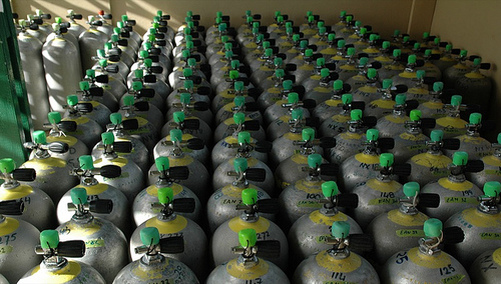 Almost 20 percent of U.S. homeowners are underwater on their mortgages, according to a new report from First American CoreLogic.

Roughly 7.63 million properties, or 18 percent of all those with a mortgage, are currently upside down, meaning the balance of the mortgage is greater than the current property value.

Another two million borrowers are close to being in a negative equity position, putting nearly a quarter of U.S. homeowners in a very bad position, further exacerbated by ongoing downward pressure on home prices.

While the problem can be seen nationwide, a handful of states are taking the brunt of it, including Arizona, California, Florida, Georgia, Michigan, Nevada, and Ohio.

These seven states account for 58 percent of all underwater borrowers, but just 36 percent of outstanding mortgages.

In Nevada, 47.8 percent of borrowers have negative home equity, no surprise given the unsustainable home price appreciation, oversupply, and zero-down financing.

California has the largest number of borrowers underwater, a whopping 1.8 million, followed by Florida with 1.2 million.

New York bucked the negative equity trend, with just 4.4 percent of borrowers underwater and an average loan-to-value of 48 percent.

Hawaii and Pennsylvania weren’t close behind with negative equity rates of 5.6 percent and 5.7 percent, respectively.