One in Five Homeowners Upside Down on Mortgage 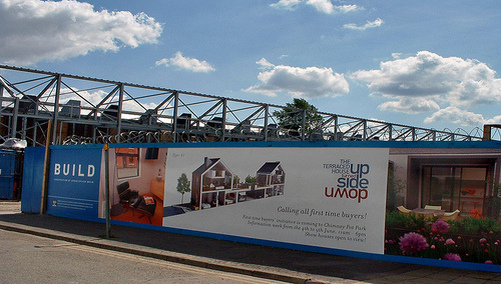 More than a fifth of homeowners nationwide are now underwater, meaning they owe more on their mortgage than the home is worth, according to a report from Zillow.

The increase was led by a ninth straight decline in home values, which posted a year-over-year decline of 14.2 percent, with  median value declines of more than 50 percent in certain markets since their peak.

In Stockton, California, negative equity was 51.1 percent and foreclosures accounted for 45.4 percent of all transactions.

The only sliver of good news is that several hard-hit markets in California, such as Los Angeles, San Diego and Modesto, have seen two or more quarters of smaller year-over-year declines in home values.

“Slowing declines in select markets are a bright spot or, at least, what passes for one given current market conditions,” said Dr. Stan Humphries, Zillow vice president of data and analytics, in a release.

“Unfortunately, given the magnitude of the current rates of decline, we’re still many months away from a bottom even as depreciation slows,” he added.

“Moreover, the additional information we have this quarter on ‘shadow inventory,’ with one-third of homeowners indicating they would like to put their home on the market if conditions improve, confirms our earlier fears that a bottom in home values could be quite protracted.”

And that’s just the homeowners who are holding out, then there’s the inventory being held onto by the banks, which was recently estimated at 600,000 properties.

Assuming they all flood the market at the first sign of a turnaround, we could be back in the muck in no time.

Zillow said more than 20 percent of all transactions in the last 12 months were foreclosures, while short sales accounted for 11.9 percent.

Tip: How to refinance with negative equity?