Bill Aims to Push Homebuilders Out of Mortgage Biz 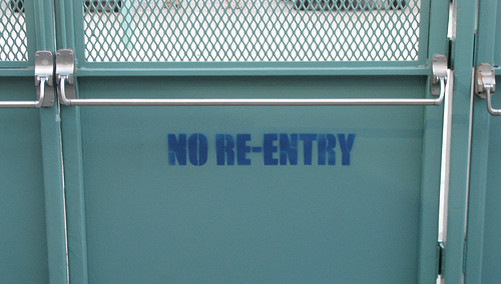 The Laborers’ International Union of North America (LIUNA) has suggested that a new assembly bill be introduced in California to bar homebuilders from involvement in the mortgage business.

In their new report, they argue that corporate homebuilders in California systematically pressured homebuyers to finance their new home purchases via directly-owned or affiliated mortgage lenders that pushed exotic, high-risk loan programs.

“Corporate homebuilders profited from the loans and from the artificial inflation of the housing market bubble. Their practices contributed to the current housing and economic crisis and families and communities were devastated when the bubble burst,” the release said.

One example cited in the report found that the mortgage subsidiary of homebuilder DR Horton increased its use of subprime lending in Riverside and San Bernardino Counties from six percent in 2004 to 36 percent by 2006.

Once subprime lending phased out, builders turned to FHA loans for financing; 5.5 percent of the government-backed loans originated by Lennar’s mortgage subsidiary Universal American in 2007-2008 have already defaulted.

That compares to a 2.8 percent default rate seen within the first two years on the FHA loans the company originated in 2005 and 2006.

LIUNA is pushing Assembly Bill 1534, which would prohibit homebuilders from writing mortgages on the homes they build, protect buyers from “pressure tactics,” and provide buyers with more options and the ability to make more responsible choices.

So just to review, the homebuilders created the tremendous oversupply of housing and provided toxic funding to get the overpriced properties off their hands, and pushed for low mortgage rates to shed inventory without reducing prices.