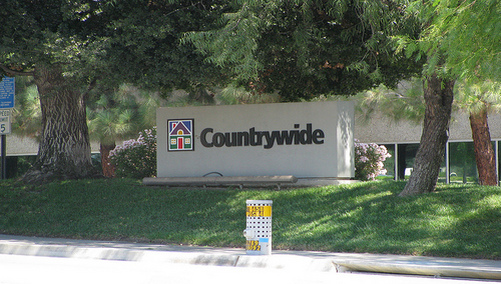 Loan modifications just got a whole lot trickier, that is, if some investors in mortgage-backed securities get their way.

One hedge fund, Greenwich Financial Services Distressed Mortgage Fund 3, LLC, has launched a suit against Countrywide Financial, alleging its sweeping loan modification program is illegal and will reduce the value of related securities for bondholders.

William Frey, who heads the hedge fund, has argued that the program launched by Bank of America to satisfy numerous complaints about predatory lending at Countrywide Financial over the years will cost investors billions.

The program seeks to modify up to 400,000 Countrywide loans, equating to roughly $8.4 billion in mortgage rate and principal reductions, but because many of the loans are actually owned by investors, Frey wants Bank of America to compensate them for any resulting losses.

While loan modifications are generally looked at as a positive, by giving borrowers a break, bondholders who have interests in a number of Countrywide mortgage securities will see reduced or delayed payments, thus devaluing the securities themselves.

The lawsuit is demanding Countrywide repurchase every loan on which it seeks to reduce payments so the bondholders aren’t hurt by the resulting action of the modifications.

However, Paul Koches, general counsel for Ocwen, the largest subprime mortgage servicer, noted that modifications are conducted in the best interest of investors, and more importantly, contractually bound to benefit all parties, including homeowners.

Koches added that as a loan servicer, he’s obligated to take action in the best interest of the aggregate investment, even if it harms a particular class of investors.

Meanwhile, Frey believes such modifications will result in higher mortgage rates for borrowers in the future, as the terms of loans can seemingly be changed more easily, putting more risk in the hands of bondholders.

Frey says such action could permanently cripple the secondary market for mortgages, and has suggested that a better solution would be for the government to buy up all of the troubled mortgages instead.